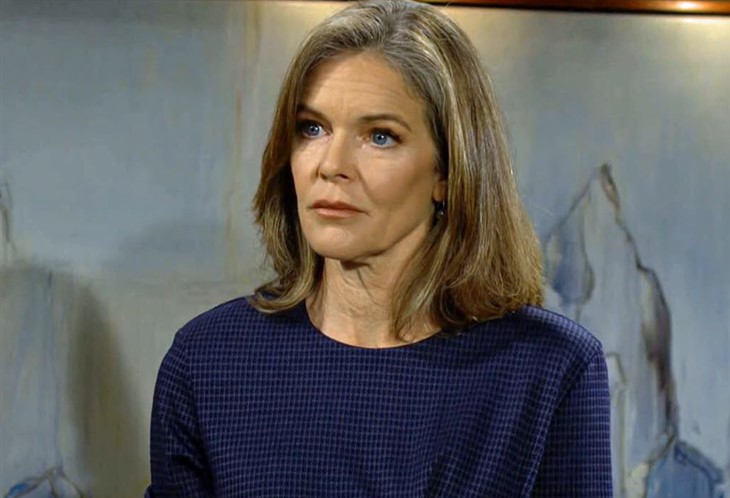 The Young and The Restless spoilers and rumors tease that Michael Baldwin (Christian LeBlanc), might dig up all kinds of dirt on Diane Jenkins (Susan Walters) in his deep dive investigations! In a recent Y & R episode Nikki Newman (Melody Thomas Scott) tasked him with digging into her missing years and what she did and where she was.

Diane faked her death years ago, when Kyle Abbott (Michael Mealor) was a child in elementary school, and as far as anyone knows she only lived in Los Angeles. Michael had warned her he was doing a deep dive into her past, but she wasn’t really all that concerned. The only identity he knows of however, is the name Taylor Jensen in Los Angeles – who’s to say there weren’t others?

Diane knew a person in Genoa City who helped her fake her death and now lives in Los Angeles and is trying to redeem himself there. Deacon Sharpe (Sean Kanan) isn’t covering for Sheila Carter (Kimberlin Brown) anymore and he might not cover for Diane either – he’d be a good source for Michael!

Y & R fans think that Michael, his brother Kevin Fisher, (Greg Rikaart) and others who have redeemed themselves in Genoa City are proof that people can change. Even Phyllis Summers, (Michelle Stafford) and Nikki, Diane’s worst detractors, don’t have pasts that are white as snow, with Phyllis a groupie and a manipulator and Nikki a stripper!

If Michael really wants to do a deep dive, he’ll get his brother Kevin to help him do an FBI style deep dive including fingerprints and facial recognition! Usually, that requires a warrant but Kevin does have lots of experience as a hacker, and considering Diane’s criminal past in Genoa City Michael may be able to get a warrant! Michael may not be the District Attorney anymore, but he still has his contacts and knows the law and what a warrant requires!

Diane may not be worried about Michael’s investigations because she knows he’s just checking based on what she’s told about her life in LA!

Michael could find all kinds of dirt on Diane with the proper warrants, and running her fingerprints through national systems and facial recognition. That would pull up drivers licenses and other information under different aliases, and show all the different addresses she’s had and if she has outstanding warrants. It would also show if she has done prison time under other names or if she has lived outside of the country. But there is a lot that Michael could find even without a warrant – after all, look how much Nick Newman (Joshua Morrow) found on Ashland Locke (Robert Newman)!