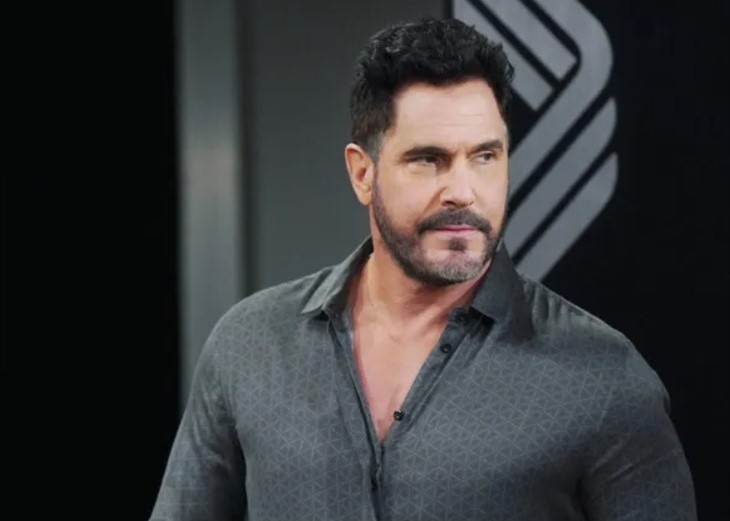 The Bold and the Beautiful spoilers reveal that Bill Spencer (Don Diamont) was invited to Paris Buckingham’s (Diamond White) wedding. Despite it being small and intimate, Paris invited Bill because he donates a lot of money to the foundation. However, there is a reason why Bill was mentioned, and it could kick off his new story. Perhaps Bill finds a new love at the wedding?

The Bold And The Beautiful Spoilers – Inviting Bill Spencer to Wedding

B&B spoilers reveal that Paris suggested that Bill be invited to the wedding. Carter Walton (Lawrence Saint-Victor) was perplexed why they would send Bill an invitation. After all, Bill hasn’t really interacted with Carter or Paris. However, Paris mentioned that Bill donates a lot of money to the Forrester Foundation.

It seemed a rather odd statement given that Carter and Paris are having a small, intimate ceremony with loved ones. When out-of-the-blue or bizarre statements like this are made in soaps, it’s for a reason.

Now, there is a reason why Bill was specifically mentioned, and it is confirmed he does attend the nuptials. Not only is Bill seen at the wedding when Quinn Forrester (Rena Sofer) walks in, but he’s sitting right in the middle of the room with no date by his side.

So, why would the soap writers bring up Bill during the wedding planning? Why show him smack in the middle of the screen when Quinn crashes the event? It was teased that Bill would be in the right place at the right time.

The Bold And The Beautiful Spoilers – Grace Buckingham Needs Soft Side

The Bold and the Beautiful spoilers reveal that Bill and Grace’s stories could be woven together. Grace is a character that a lot of fans really haven’t taken to yet. However, it’s due to her being so forceful, demanding, and obsessed with Paris’ love life.

Grace has done everything in her power to get Paris back together with Zende Forrester (Delon de Metz). Grace has also gotten out of control dealing with Carter.

There is so much harshness and hardness to Grace. Every soap character has a past that can explain their current actions. Very little is known about Grace’s past, and she probably has a soft side.

B&B Spoilers – So Much Drama Potential

One way that character’s soft sides come out is by falling in love. Plus, what will Grace get fixated on after Paris eventually gets back together with Zende? Could Grace get a love interest and if so, could that person be Bill? Perhaps they bond over Paris’ heartbreak. Maybe Grace tries to attack Carter for using her daughter only for Bill to step in.

There are a lot of different ways this could unfold. Just imagine the chaos and controversy that would emerge if Bill and Grace hooked up! With so many storylines becoming predictable, fans are craving some shocking twists. Perhaps this unexpected love story will be one of them.