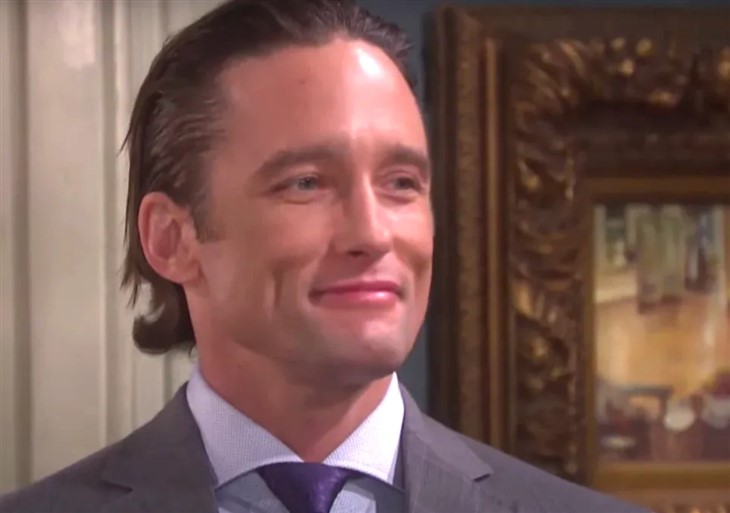 Days of Our Lives spoilers tease that a surprising number of people may have wanted Abigail DiMera (Marci Miller) dead or at least out of the way. As viewers know, Abigail had planned her next investigation for the paper.

Since EJ DiMera (Dan Feuerriegel) was exonerated of kidnapping Sami Brady (Allison Sweeney) last year shortly after she had been unfaithful to him with Lucas Horton (Bryan Datillo). Lucas didn’t want EJ anywhere near Sami because he was concerned she would once again decide to leave him and reconcile with EJ.

Chad DiMera disappointed Abigail when he was forced to tell his wife that he has known for months that Lucas kidnapped Sami. Chad then made things worse by helping Lucas falsify evidence that would be used against EJ in court. Abigail was extremely disappointed that her cousin was guilty of such a terrible act but also that her husband didn’t let her know his part in framing Lucas.

According to Days of Our Lives spoilers, Abigail would likely have decided that there was one other unsolved mystery in Salem. As viewers know, Phillip Kiriakis (Jay Kenneth Johnson)I incorrectly assumed his girlfriend Chloe Lane (Nadia Bjorlin) was cheating on him with Brady Black (Eric Martsolf).

Phillip knocked Brady out and actually injected alcohol directly into Brady’s blood stream which caused Brady to black out for several hours with no memory of his actions during that time. Phillip also planted his own prosthetic leg where the police would find it. At first, Brady was arrested because Phillip’s mother, Kate Roberts had Phillip legally declared dead. But Phillip eventually came to see Kate, and he confessed to frame Brady for his own murder. Kate was horrified to see Phillip in such a dangerous space. So she had Phillip spirited away to a facility he could get the help he obviously needs. She then reversed the earlier document which means that Phillip was no longer legally dead and the charges against Brady were dropped.

Days of Our Lives Spoilers – Phillip Kiriakis is still missing!

Since Sami’s kidnapping has been resolved, DOOL spoilers show Abigail may have previously done some of the legwork. But once Brady was no longer charged with a crime, she moved on to Sarah Horton’s (Linsey Godfrey) strange disappearance. But Abigail might have found out that Kate scheduled a flight on the Titan Corporate jet mere moments after made sure Brady was freed.

Once she tracks the destination, perhaps she can find security footage at the airport or even a traffic cam. She probably did all of this in previous weeks. But Phillip will grow more concerned when finds out Abigail is closing in and may have confronted her. Depending on how long Abigail had been looking into this, Phillip and Abigail may have had a confrontation the night Abigail died. If his mental health hadn’t improved significantly, it’s very possible Phillip killed Abigail.

Could Phillip be responsible for Abigail’s death? Is he really getting the help he needs? Or is he biding his time until he can continue his ultimate revenge? Anything can happen in Salem so stay tuned to Days of Our Lives airing weekdays on NBC. And don’t forget to check back right here regularly for all your Days of Our Lives news, information and spoilers!