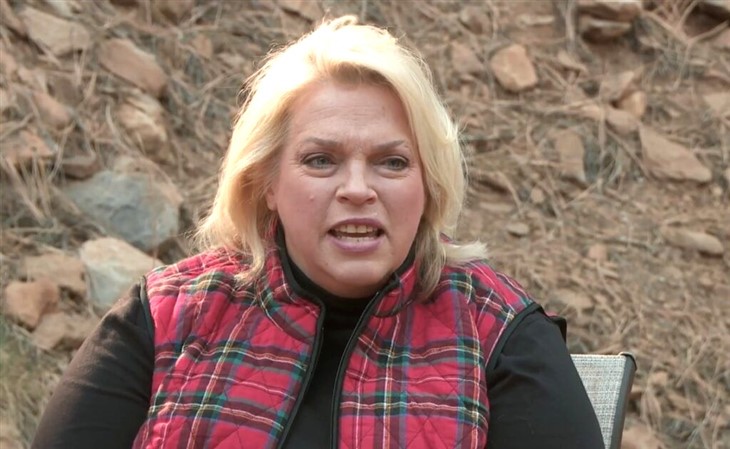 Sister Wives Season17 premieres on TLC on September 11, 2022. So far, not many teasers gave away spoilers. However, there’s enough info to spark a lot of speculation about what TLC might include in the show. At the moment, Robyn Brown gets a lot of attention. But what about Janelle Brown? While they think Robyn might leave, why do fans think that Janelle won’t?

When Season 16 ended, TLC fans started talking about Janelle Brown leaving Kody the same way as Christine. After all, they saw Janelle and the kids clash with him over his social distancing rules. Additionally, they know that the two women seem very close. However, few spoilers arrived about Janelle kicking Kody to the curb.

Fans know that Kody mentioned officiating at the wedding of a friend, but that is not riveting news for the upcoming show. So, they speculate about the other wives. Additionally, it seems that Mykleti Padron might appear again, as she leaked about filming in Flagstaff. Notably, Christine also returns.

Sister Wives spoilers at the end of Season 16 made people start to think about Robyn. Recall, she told the other wives that she hated Kody hanging with her all the time, as he’s so grumpy. Rumors of a divorce sprang up, but that might be wishful thinking. After all, they were spotted dancing and singing in Flagstaff.

Meanwhile, Janelle remains in Flagstaff, but that doesn’t mean she sticks with Kody. However, fans think it’s unlikely that she walked away from him. Read on to find out why they think that way.

Sister Wives – Star Kody Brown Only Has One Wife?

TLC fans would love to see Meri finally dump her man. Additionally, Christine left already. Janelle remains a bit of a mystery, but despite divorce rumors for Robyn, a lot of people think she will stay. After all, Kody always treated her and her children very favorably. And anyway, where would she go?

When Katie Joy of Without A Crystal Ball debated the possibility of Robyn leaving, fans took to the comments section to discuss Janelle.

Katie reminded Sister Wives fans that Kody said he loves Janelle. Additionally, Janelle said that after thirty years together, she considered him a great “friend.” While Without A Crystal Ball maintains that the possibility she leaves exists, followers of the channel disagree.

Janelle Brown – Will Stick By Kody Brown Because…

Sister Wives fans expressed their opinions on YouTube. Me R wrote. “I don’t think Janelle will officially leave the family. As Christine said, she fills her own tank and no one can make her leave. She won’t officially leave but in reality, she has already left, Janelle is comfortable in her own skin. She needs no one and she has no need for anyone else except her kids and their families. She owns her own life.”

Meanwhile, Jeannine Guarino opined, “Janelle probably won’t just leave. She is independent, but no one controls what she does. I think she will keep on doing what she wants with her kids and grandkids. Hang out with Christine and just stay married to Kody.”

What do you think? Will Season 17 reveal that Janelle Brown sticks with Kody? Sound off in the comments below.

Be sure to catch up on everything happening with the TLC cast right now. Come back here often for more Sister Wives Season 17 spoilers, news, and updates.