Travis Scott Performs For The First Time Since Astroworld Tragedy 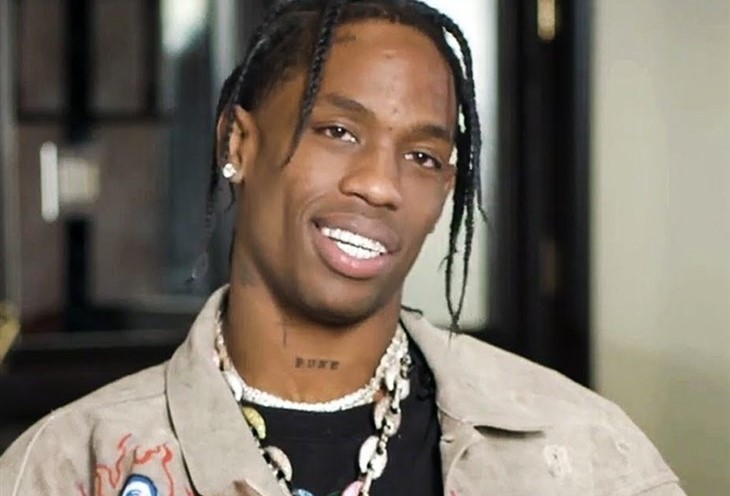 For the first time since the Astroworld music festival tragedy, which left 10 people dead in a crowd rush, Travis Scott returned to the stage with a performance at the Star-Studded Pre-Oscars Party.

Travis Scott performed a short set at Darren Dzienciol and Richie Akiva’s star-studded pre-Oscars 2022 party which took place at a private estate in Bel-Air, Calif. On Saturday, March 26. Around 12:45. With a smile on his face, he took the stage and played two songs—“Highest in the Room” and “goosebumps.”

His girlfriend Kylie Jenner, who recently gave birth February last month, couldn’t make it to the event. Some celebrities who were spotted in attendance at the private event are; Kylie’s ex-boyfriend Tyga—he was with friends at a table, Leonardo DiCaprio and BFF Tobey Maguire—he was seen in the company of both male and female guests, Venus Williams and Serena Williams, Ashley Benson and G-Eazy were spotted having drinks and sharing a sweet hug.

Travis Scott – What Exactly Happened At The Astroworld Tragedy?

Astroworld is a joint venture between Travis Scott, promoters ScoreMore Shows, and Live Nation. It was launched in 2018 and it holds its festival annually at NGR Park.

On Friday, November 2021, Travis Scott was to perform in the Astroworld Festival, he was scheduled for 9pm. The number of people present at the event, at that time was estimated to be about 50,000 people.

While Travis was performing, it didn’t take long for some people to start compressing towards the front of the stage, and that caused some panic and, soon, people began getting injured.

It took about 30 minutes for Travis and the organizers to know what was going on. He observed that there were blue and red flashes of light in the crowd and said “There’s an ambulance in the crowd.” There was a slight pause, seconds later, the show resumed. Travis finally left the stage at approximately 10:15 p.m., having finished a full, 25-song set.

The Houston Police Chief Troy Finner said “Our people stepped up and immediately went to the producer and told him people are going down.” This show ended at 10:10 p.m.”. A video footage showed fans chanting, “Stop the show! Stop the show!” in between songs during Travis’s performance, and climbing onto the stage mid-set to tell his crew that there were casualties in the crowd. But the show continued.

Early this month, Travis announced a new event safety initiative which he calls “Project Heal,” this is meant to address the challenges that’s facing today’s youth, especially those from marginalized and at-risk communities.

Travis wrote on his Instagram, “Over the past few months I’ve been taking the time and space to grieve, reflect, and do my part to heal my community. Most importantly, I want to use my resources and platform moving forward towards actionable change.”

He continued: “My team and I created Project HEAL to take much needed action towards supporting real solutions that make all events the safest spaces they can possibly be. I will always honor the victims of the Astroworld tragedy who remain in my heart forever. Giving back and creating opportunities for the youth is something I’ve always done and will continue to do as long as I have the chance. This program will be a catalyst to real change and I can’t wait to introduce the rest of the technology and ideas we’ve been working on.”

Be sure to catch up on everything happening with Travis Scott right now. Come back here often for all Travis Scott spoilers, news, and updates.