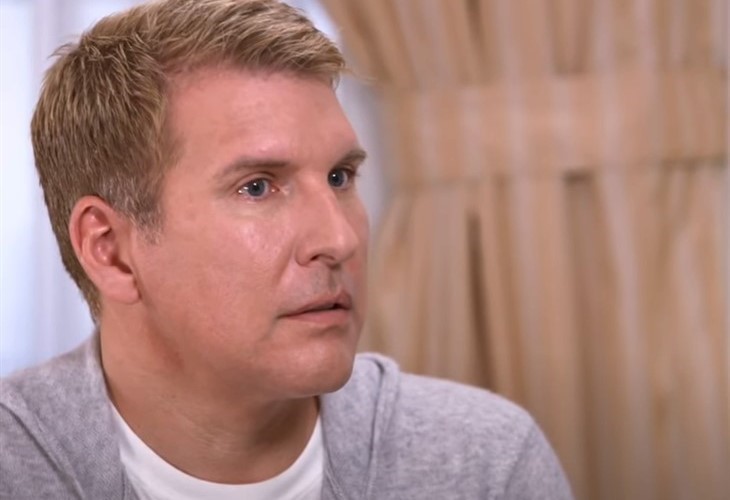 Todd Chrisley, the patriarch of Chrisley Knows Best on the USA Network just posted about how folks should keep their private business off social media. Well, as he vowed to bring a lawsuit again Katie Joy, some folks think it stinks of hypocrisy. After all, he told the world about his private issues with her more than once.

Perhaps fans wouldn’t be so critical of the USA Network star if he kept his feud with Katie Joy off of social media. If you don’t know, Katie’s a blogger who runs a podcast, Without A Crystal ball (WOACB) on YouTube. Often, she posts up her opinions on social media, and that ran her into a corner with Lindsie Chrisley’s dad. Fans never really got to the bottom of the feud between Todd and Katie Joy, but it escalated into a public feud on social media.

Fans do know that the lawsuit involves something she said about having insider information about his daughter Lindsie, who is publically estranged from her dad.

Todd Chrisley, no stranger to lawsuits, took to his Instagram and slammed Katie. Meanwhile, she claimed that he threatened to destroy her life and hurt her family. Undeniably, if they kept off a public platform, it might never have become such a big drama. Actually, on his Chrisley Confessions podcast, he told fans his lawsuit against her will “100 percent” happen.

On January 11, the patriarch of Chrisley Knows Best took to his Instagram. There, he shared a card that read: “Correct each other in private.” Then, it went on, saying, “Defend each other in Public, and keep your personal business off Facebook.” Well, that actually seems like something that 90 Day Fiance alums, Paul and Karine Staehle could put to good use.

As Todd Chrisley also noted in his caption, “And Instagram and Twitter, the world needs more PRIVATE moments,” critics thought he sounded hypocritical about Katie of Without A Crystal Ball. Scattered throughout the comments, fans with long memories questioned the way Todd talked about private problems staying off social media.

While many people agreed with the post put up by Todd Chrisley, others slapped him. Here’s what some of them said:

So we not talking about the trash rag no more? 😂 haven’t heard u update the lawsuit so I’m curious.

the chaos w/ his daughter is very personal and now he’s saying to us keep your personal stuff off fb. It’s confusing.

I am absolutely a fan of your show , BUT all your business is on social media, IJS

Except you put all your legal bull on here all the time 😂.

One follower sarcastically penned, “You don’t do any of that.” Meanwhile, others accused him of being “passive-aggressive” almost all the time with his public posts.

Be sure to catch up on everything happening with the cast from Chrisley Knows Best right now. Come back here often for more spoilers, news, and updates about Todd Chrisley.