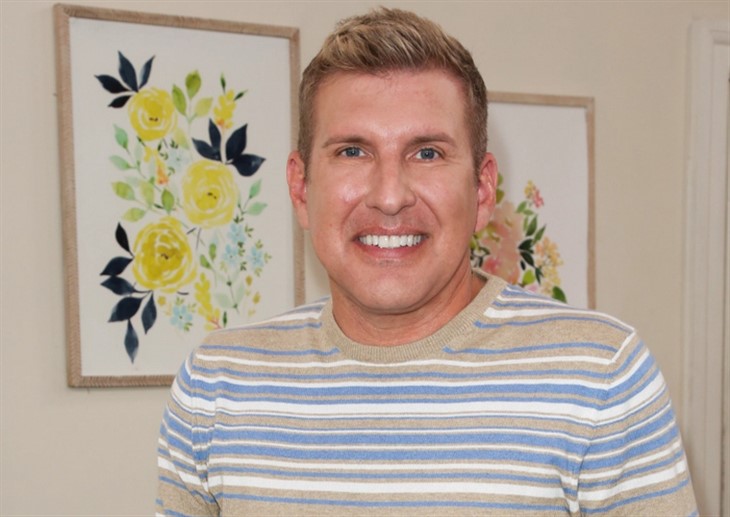 Todd Chrisley and blogger Katie Joy started feuding on social media and clearly, she rattled his cage a lot. So, he intends to file a lawsuit against her. Mind you it’s not unusual for the patriarch of Chrisley Knows Best to have lawyers on hand. Sometimes he files lawsuits and sometimes, others file lawsuits against him. And, amidst all of that, he still deals with some federal tax charges. As the feud between the blogger and Todd escalates, he now says that his lawsuit against her will “100 percent” happen.

Todd Chrisley Fires At Kaite Joy Of Without A Crystal Ball

The feud between the TV star and the owner of the Without A Crystal Ball blog on YouTube started escalating after the news came out that his daughter Lindsie filed for divorce. It’s a he-said, she-said, sort of thing where she alleges one thing, and he claims another. However, she felt really upset as he allegedly threatened her husband and her income. Fans don’t actually know the full story from either Todd or Katie. However, they figured out that it’s something to do with the feud that involves Todd’s daughter Lindsie and allegedly, something to do with a Georgia Tax investigator.

Angry about Todd Chrisley mentioning her on his Chrisey Confessions Podcast and on Instagram, she slammed him with a Cease and Desist letter. On her Instagram, she claimed that he committed a felony and extorted her. Plus, she talked about defamation and blackmail. Later, news came that she was required to give information that she claimed she didn’t have, in a deposition hearing. Well, it sounds like Todd won’t let any of it slide and he fully intends to bring a lawsuit against her. The news came via his August 18 podcast.

In her various vlogs and messages about Todd, Katie Joy mentioned that she felt he accused her of being involved with Georgia Tax department employee Joshua Waites. Well, Todd said in his podcast that nobody ever accused her of that. In fact, questioning her sanity, he said that he thinks she thinks that “she’s becoming” his daughter Lindsie. Recall, at one stage, rumors spread that Todd accused Lindsie of engaging in an affair with Waites. Once again slamming her sanity, Todd went on and said Katie should take the advice of her attorneys as the “things she’s saying are absolutely crazy.” 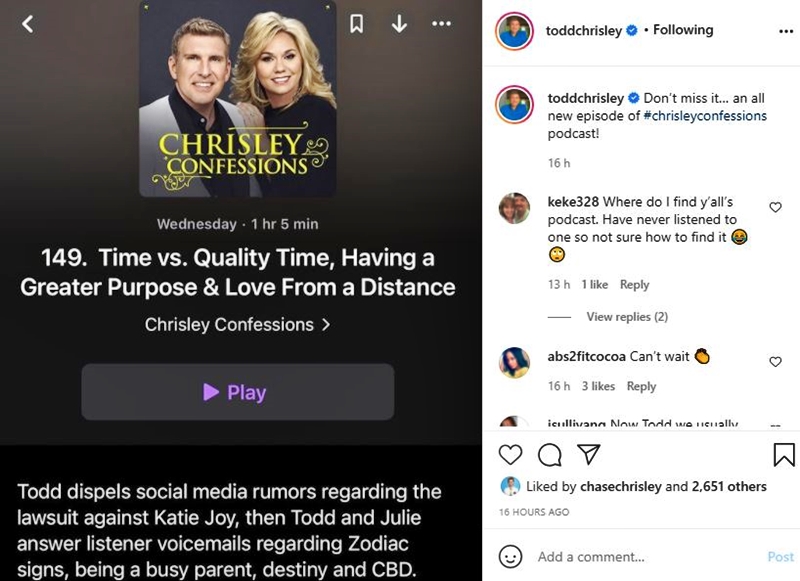 Todd Chrisley said more than once that he’s not gonna waste a lot of time on a small-time independent blogger. And yet, he seems determined to do just that. He went on about how he intends to have her deposed at the deposition. In fact, he intends to sit down opposite her at the table and have it out. So he doesn’t care “how much rantings and ravings” she puts out on social media. Well, he sounds rather heated about it, so clearly, she sits on his mind right now.

Todd also denied her allegations that he’s somehow blackmailing her. He claimed that it’s all been handled by the attorneys and they “made their lists of what they need from her.” Additionally, he said “that’s fine,” if she chooses not to give them what they want. He’s confident he’ll get the info he wants from her when “the lawsuit’s filed.” According to Katie Joy, she claims he wants confidential messages that she had with his daughter Lindsie.

Remember to check back with us often for more news and updates about Todd Chrisley, the patriarch of Chrisley Knows Best on the USA Network.