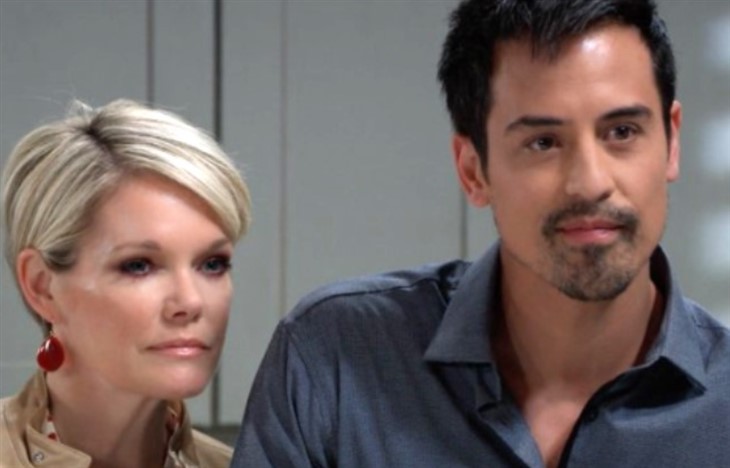 General Hospital Spoilers tease that Victor Cassadine (Charles Shaughnessy) is making moves to be the one true head of the Cassadine family. As fans know, Victor has already tried to work his magic on Valentin Cassadine (James Patrick Stuart) by appealing to Valentin’s desire to get back at Brook Lynn Quartermaine (Amanda Setton). He’s also been making inroads with Spencer Cassadine (Nicholas Chavez) by helping Spencer get a lighter sentence for stalking his stepmother Ava Jerome (Maura West).

Ava has already voiced her concerns about Victor to her husband Nikolas Cassadine (Marcus Coloma). Nikolas is in a bit of a tight spot when it comes to Victor. Victor knows that it was Nikolas who put that first hit out on Hayden Barnes (Rebecca Budig) that almost cost Hayden her life.

And Victor has seemingly also killed Naomi Dreyfus (Gigi Bermingham), Hayden’s mother. General Hospital spoilers show Victor has also implied that he may have done something to Hayden herself. Since Victor is aware of Nikolas’ initial actions toward Hayden, be is basically trying to blackmail Nikolas into compliance.

Even with the potential threat of blackmail, Ava and Nikolas are trying to do their best to separate themselves from whatever Victor is planning. All signs point to Victor having a plan that may once again solidify the Cassadine’s a force to be reckoned with. Victor had a hit put out on Mayor Laura Collins (Genie Francis) and it seems that he is also responsible for Luke Spencer’s (Anthony Geary) supposedly accidental death in Austria. And me might also be the person holding Holly Sutton (Emma Samms) as his prisoner.

General Hospital recaps and spoilers show Nikolas has always walked a tightrope between his Cassadine and his Webber genes. Laura has tried for years to keep Nikolas on the side of the angels, with limited success. But if he throws in with Victor there may not be any going back. Ava doesn’t want that for either herself or her husband, so look for some hard choices to be made by Nikolas in the coming days.

Can Ava and Nikolas successfully distance themselves from Victor? Or will Victor use blackmail to force them into compliance? Just what does Victor have planned? Anything can happen in Port Charles so stay tuned to General Hospital airing weekdays on ABC. And don’t forget to check back right here regularly for all your General Hospital news, information and spoilers!