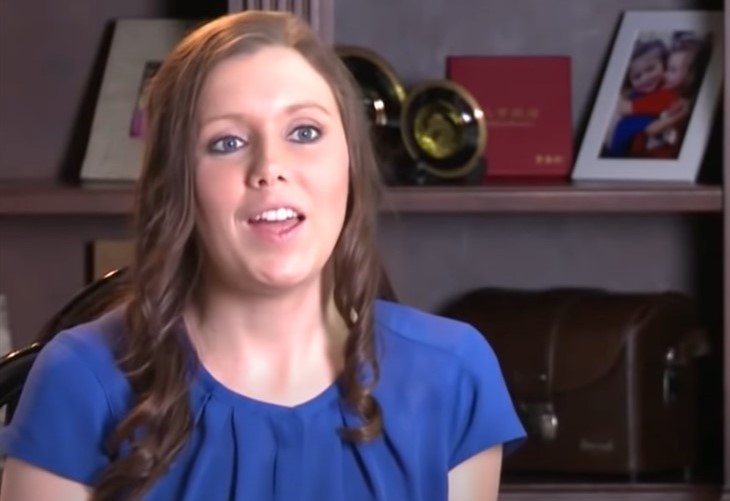 After Josh Duggar’s recent conviction readers are curious if he and Anna Duggar are in a “Covenant Marriage” and if not; Will Anna be divorcing him?

As readers know, the 33-Year-old 19 Kids and Counting alum was recently convicted for receiving and possessing child pornography and while he awaits sentencing many questions are swirling around Josh and the rest of his family, especially regarding his wife Anna, 33. Though it is still unclear how long the eldest Duggar son will spend in prison, it is a pretty good bet that it will be many years.

So now folks want to know: Is Anna in a Covenant Marriage with Josh Duggar? If not, does she plan on divorcing him? Keep reading and we’ll discuss it.

In many ways, a covenant marriage is the same as a normal marriage with a few caveats. In a covenant marriage, there are a few extra steps that a couple must take before getting married and a few requirements that must be met before the couple may be divorced.

Before a covenant marriage, a couple must attend classes and sign an agreement – a covenant, if you will – which emphasizes their commitment to one another as well as their marriage, for the rest of their lives. Currently, there are only three states that have it on the books: Arkansas, Louisiana, and Arizona.

Anna and Josh reside in Arkansas, so the question arises, do they have a covenant? Does Josh’s conviction qualify as one of those reasons for divorce?

Are Josh And Anna Duggar In A Covenant Marriage?

19 Kids and Counting fans will recall that Josh and Anna met in Season 1 of the show. Anna was a teenager. The former reality TV star proposed to her on her eighteenth birthday in June and the two were wed just three months later in September 2008.

The ceremony was performed in Anna’s home state of Florida where their marriage license was obtained. Fortunately, or not so fortunately for Anna, Florida is not one of those covenant marriage states.

A covenant marriage can still end in divorce, there are simply more hoops to jump through in order to do so. Fans may recall that Josh made public in 2015 that he had been unfaithful to Anna, and she didn’t divorce him them so one might imagine that she might not now. However, being unfaithful and being convicted of possessing child pornography is decidedly different.

Be sure to keep up with the Duggars and return here often for any spoilers, news, and updates.