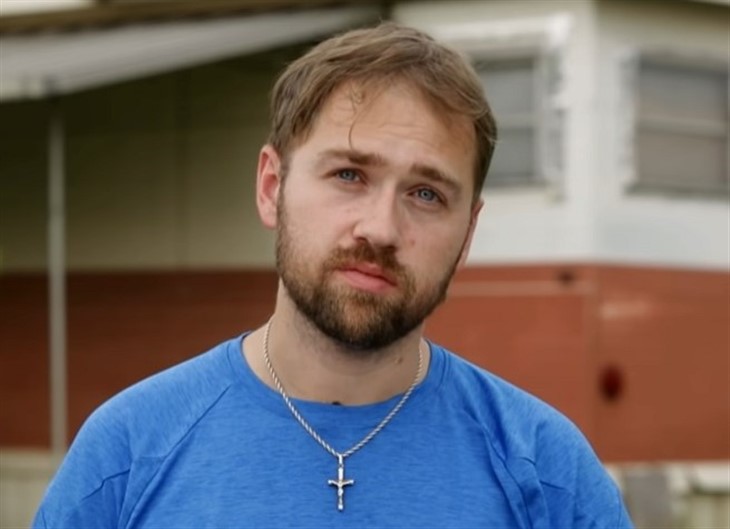 90 Day Fiance alum Paul Staehle and Karine currently go through one of their infamous bust-ups on social media. TLC fans, unfortunately, heard most of it before in various forms. It all comes after Paul admitted he leaked the videos that showed Karine allegedly throwing things and assaulting him. Now, as the drama escalates, he makes some wild comments on Instagram Stoires.

After the unsettling videos emerged, fans grew irritated with Paul. He usually runs from things, and in a conversation with blogger John Yates, he seemed to forgive Karine. Actually, a lot of fans hated that he made excuses for her.

Then, Karine responded to the videos claiming he held her hands and made him do it. Unfortunately, in replays, many TLC fans agreed that never happened. There are always two sides to the story and each of them accuses the other of aggressive behavior.

90 Day Fiance fans next heard from Karine who alledged that Paul Staehle denies her access to her children. Well, with this couple jaded fans know that either of them might be telling the truth: nor not. It’s terribly difficult to establish what goes on between them.

All fans really know, is that from what they see, it’s about time CPS stepped in. Actually, Paul hinted in his dark and doom-laden video that they are already in the know about the alleged assault on him. It all went down in front of the kids.

Paul Staehle posted several clips of himself and some cards up on Instagram this Sunday. He filmed himself in the dark. Whether that’s to not disturb kids is not clear. Actually, he came up with some comments that indicate he possibly films in the dark as he fears for his life. At one stage, he said that he’s in a “very dangerous situation.”

Next, he talked about Karine’s friends/relatives who might try and access his videos and edit them. So, that’s why he stopped posting on his main Instagram. Additionally, he claimed that Karine does not run her own social media, but “her cousin” does. Furthermore, he mentioned that he thinks the Sheriff’s department is probably sick and tired of all the drama.

The 90 Day Fiance alum also claimed he’s had people “pointing guns” at him and a lot of other “crazy” things happened. A lot of TLC fans wonder if CPS took the kids away, but it seems unclear. Paul did mention that he has approached the correct authorities since the disturbing video emerged.

While Karine complains on her social media about being denied access to the kids, he claims she’s refusing to accept papers that would allow her to see them. Plus, she’s always on about trying to divorce him, and he’s not opposing that.

90 Day Fiance alum Paul Staehle talked about how Karine won’t accept papers served on her by the Sheriff’s office, including EPOs. Meanwhile, he feels that he cooperates, unlike his wife who is “hiding from the Sheriff.”