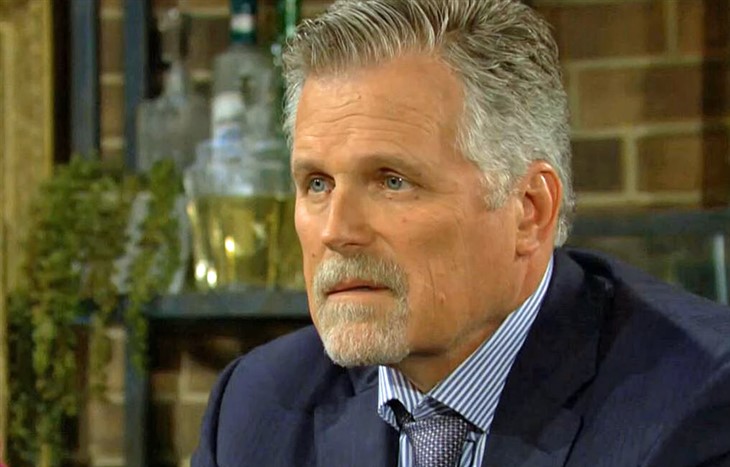 The Young and the Restless spoilers reveal that a new preview shows what to expect after Victoria Newman (Amelia Heinle) conned Ashland Locke (Robert Newman). The “Locke-ness Monster” approaches Adam Newman (Mark Grossman) with a proposal. It seems that Adam seriously considers it. However, Adam could lose everything, including his family and romance.

The Young And The Restless – Adam Newman’s Volcanic Rage

Y&R spoilers reveal that on Tuesday, July 5, a new preview clip was released. It shows what happens when Victoria comes back and takes her place at the Newman Enterprises throne. Victoria explains what she did with Ashland in Manhattan.

Victoria also tells Victor Newman (Eric Braeden) that she conned Ashland out of $250 million. Victoria assures her father that he can have his payoff money back. While Victor is blown away by how his daughter handled the Ashland situation, Adam erupts in a volcanic rage.

Even though Victoria is convinced that she’s gotten rid of Ashland for good, Nick Newman (Joshua Morrow) issues a warning. Nick explains that giving up isn’t who Ashland is and he could return to Genoa City to seek revenge. It seems that Nick’s instincts are correct as the preview shows Ashland meeting a familiar face.

The Young And The Restless Spoilers – Ashland Locke’s Vengeful Proposal

The Young and the Restless spoilers reveal that Ashland will meet with Adam. Even though Ashland has a tempting offer, Adam seems to question it at first. Ashland admits that he is looking for revenge and knows Adam is as well.

With it being teased that Adam considers going back to his dark side, it sounds as if he becomes Ashland’s accomplice. It is also confirmed that Sally Spectra (Courtney Hope) will realize she might not have a future with Adam anymore. This is likely due to Sally trying to be a better person. Sally was fine with the plan to reunite Ashland and Victoria.

However, if Adam and Ashland’s partnership actually endangers Victoria’s life, Sally might consider that overkill. Sally might also be able to predict that Adam’s actions will backfire. Everything is going great for Sally right now so she would be wise to walk away.

At the end of the weekly preview clip, Victor is more than ready to face off with Ashland. Victor is enraged but also confident that he will win the war. Considering the week of July 11 states Victor celebrates Ashland’s defeat, it sounds like the villain is eliminated.

Will Adam join Ashland’s revenge scheme? If so, what does that mean for his future? How do you think Ashland will be defeated? We will have to keep watching to find out.