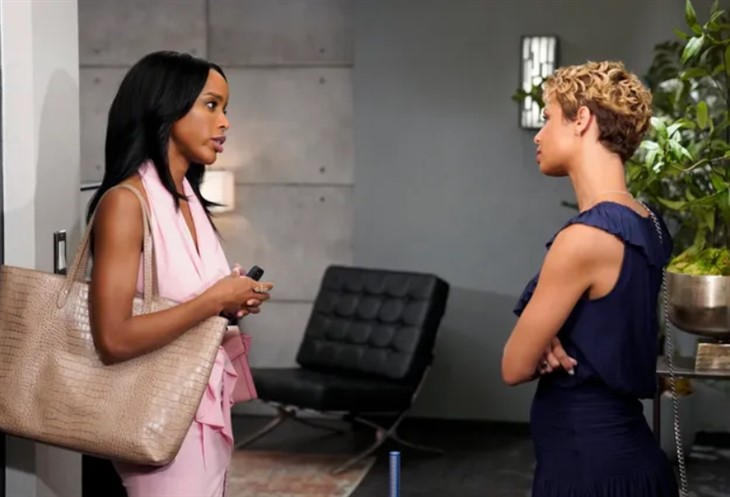 The Young and the Restless (Y&R) spoilers for the next two weeks, July 4 – 15, tease that mischief and mayhem is coming to Genoa City, Wisconsin and your fave characters will be engulfed in it all. Look for the Newman Family to be large and in charge, with victorious Victoria Newman (Amelia Heinle) making a triumphant return to town, but this means that her brother Adam Newman (Mark Grossman) will be feeling sidelined and disgruntled.

The Young And The Restless Spoilers – Adam Newman Isn’t Happy

The sibs are on a collision course immediately, as Adam planned to take the family jet to a baseball game but Victoria uses it to come home and tweak his nose.

Daddy Victor Newman (Eric Braeden) decrees that Victoria’s needs are more important given that it looks like she pulled a fast one on her lying husband Ashland Locke (Robert Newman). She also got back Victor’s money, which was foolishly given to him by Adam. So far, Victoria 2, Adam 0.

Not so fast! Adam is not about to be treated like an outlier, not after he’s had a turn in the big boy chair. Expect him to push back when he is pushed, and things will get ugly. In other words Adam’s dark side resurfaces. And he was doing so well after giving up his kidney to his brother’s daughter Summer Newman (Allison Lanier). That brought a limited amount of goodwill from Victoria it seems.

The Young And The Restless Spoilers – Adam Newman Goes Dark

Adam should not be underestimated–but he will be—let the games begin!

Elsewhere his stepmonster Nikki Newman (Melody Thomas Scott) is on the warpath with that undead vixen Diane Jenkins (Susan Walters). Nikki will stop at nothing to get back at the woman she thought she killed years ago. How dare she be alive after all this time?

Of course, Nikki is also steamed that Diane and Victor were married once. She will demand that Michael Baldwin (Christen LeBlanc) find something juicy to use against her foe.

Diane is inching back toward Jack Abbott (Peter Bergman), too. Not giving away too much here, but expect the claws to come out—meow!

This will be a classic case of while the cat is away, the mice will dance La Cucaracha. Oy vey. Or should that be ole?

Anyway, with Elena away on business, Imani makes a move. Does Nate push her back or pull her forward? Imani is determined, we’ll give her that much. Even if Nate initially resists her charms, he’s already shown he is a love rat.

A lot happens July 4 – 15 and you do not want to miss a single minute of the explosive fireworks going off in Genoa City!