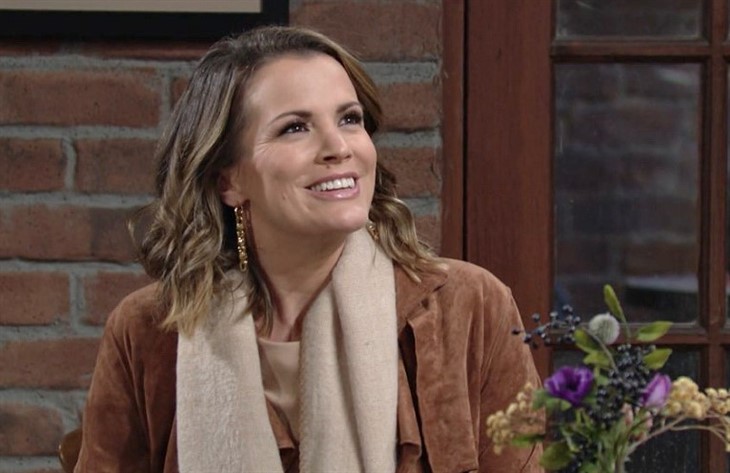 The Young and the Restless spoilers for the next two weeks are in. From June 27 to July 8, Chelsea Lawson (Melissa Claire Egan) will share sizzling chemistry with someone unexpected. Nick Newman’s (Joshua Morrow) loyalty is tested. Plus, Victoria Newman (Amelia Heinle) gets herself in a compromising position while Ashland Locke (Robert Newman) makes a discovery.

The Young And The Restless Spoilers – Revenge and Manipulation

Y&R spoilers for the week of June 27 reveal that Victoria has a plan to take down Ashland. Victoria isn’t going to let Ashland get away with manipulating her into marriage. Despite Ashland’s claims of love, Victoria feels that she was publicly humiliated.

Plus, Victoria might feel she needs to get redemption in her father’s eyes right now. Victoria’s mistake cost Victor Newman (Eric Braeden) $500 million, half of which was donated to New Hope.

So, unknown to everyone else, Victoria could be using Ashland just as he used her as well as getting that $250 million back. However, it is teased that Victoria will find herself in a compromising position. Meanwhile, Nick’s loyalty is tested as he considers going back to the family business.

Phyllis Summers (Michelle Stafford) tries to get Jack Abbott (Peter Bergman) back. However, Jack has no more trust and is convinced Phyllis hasn’t changed at all. After a brutal verbal slam, Phyllis is left all alone when Jack storms out.

As for Diane Jenkins (Susan Walters), things are going her way. However, Diane’s manipulations might be called into question. It is teased that Diane plays the sympathy card with Jack.

Fans can also expect Noah Newman (Rory Gibson) and Allie Nguyen (Kelsey Wang) to get closer. Plus, Chelsea has a sizzling moment of chemistry with Billy Abbott (Jason Thompson). What does this mean for Billy and Lily Winters’ (Christel Khalil) relationship?

The Young and the Restless spoilers reveal that Tessa Porter (Cait Fairbanks) will be dealing with a dire medical diagnosis. However, Tessa will get love and support from Mariah Copeland (Camryn Grimes).

Amanda Sinclair (Mishael Morgan) and Elena Dawson (Brytni Sarpy) both go out of town. While Elena is gone, Nate Hastings (Sean Dominic) and Devon Hamilton (Bryton James) want to get Elena out of her Newman Media contract so she can do podcasts for Chancellor-Winters. However, Imani doesn’t want Elena to work with Nate, so expect her to do some career sabotage.

Kyle Abbott (Michael Mealor) and Summer Newman-Abbott (Allison Lanier) offer Diane a job. However, Jack might not be on board with this idea.

During the week of July 4, Victor will come up with a new strategy. Ashland takes action after a discovery, which could be connected to Victoria getting herself into a compromising position. Chelsea will consider a new opportunity after another big fight with Chloe Mitchell (Elizabeth Hendrickson). Meanwhile, Lauren Fenmore Baldwin (Tracey E. Bregman) worries about Chelsea burning out. Also, Phyllis’ head will explode, which most likely has to do with Diane.