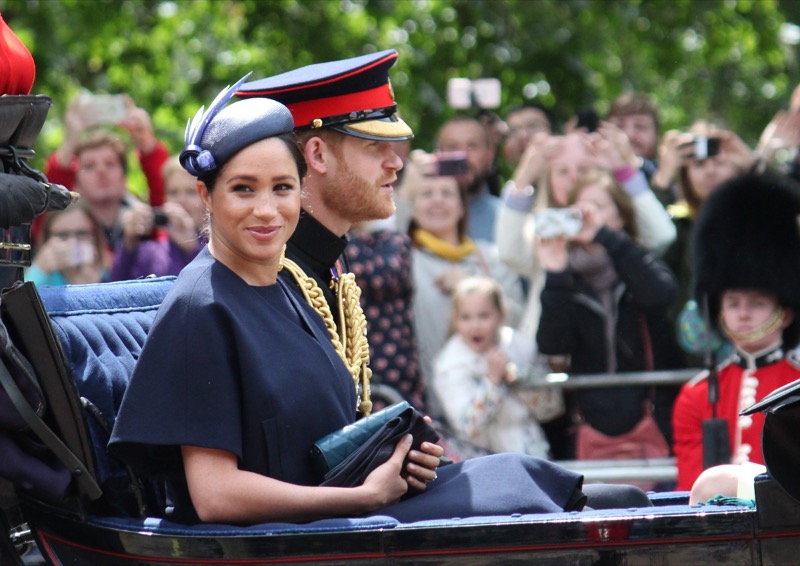 In early 2020, Prince Harry and Meghan Markle publicly announced that they would be stepping back as senior working members of the Royal Family. Almost immediately after the news was announced, the pair flew to Canada to try and re-establish their base.

They reportedly went there using a diplomatic visa as representatives of the United Kingdom.

However, on March 31, 2020, the Queen plucked their feathers when she announced that their duties as senior members of the royal family have indeed ended.

Before the U.S. borders shut as a result of the coronavirus pandemic, the Sussex couple managed to slip through. Now, they’re calling a multi-million dollar mansion located in the secure neighborhood of Montecito, California, their home.

When the couple were in Canada, and before their roles as working members of the Royal Family officially ended, they lived tax-free.

Upon their arrival to the U.S., there was uproar about whether they will be paying taxes or not. Then-President Donald Trump refuted the claim, writing: “I am a great friend and admirer of the Queen & the United Kingdom. It was reported that Harry and Meghan, who left the Kingdom, would reside permanently in Canada. Now they have left Canada for the U.S. however, the U.S. will not pay for their security protection. They must pay!”

Speaking on whether Harry obtained immigrant visa before coming into the U.S., Matthew Kolken said, “A common misconception is that if you marry a U.S. citizen, you are automatically entitled to enter the country.

“Far from it. I conservatively estimate Harry and Meghan would have had to start the immigration process in 2018 if he were admitted to the country under a spousal-based immigrant visa petition, but mind you, they couldn’t have started it until after they were married in May of that year.”

Continuing on the steps that need to be completed before a spouse can obtain an immigrant visa, Kolken said: “The first step requires a noncitizen’s spouse to file a petition to sponsor him, followed by an immigrant visa application that allows him to permanently move to the United States. This can take anywhere from eight to 21 months depending on which immigration service center is assigned to adjudicate the petition.”

“Once the noncitizen hurdles that obstacle, a pre-processing of the visa application occurs. After the National Visa Center completes its review, which can take three to four months, the consulate where the noncitizen lawfully resides then schedules an interview to issue a visa, allowing the noncitizen to board a plane to the states.

“From beginning to end, and under normal circumstances, it can take anywhere from one to two years to obtain the immigrant visa.”