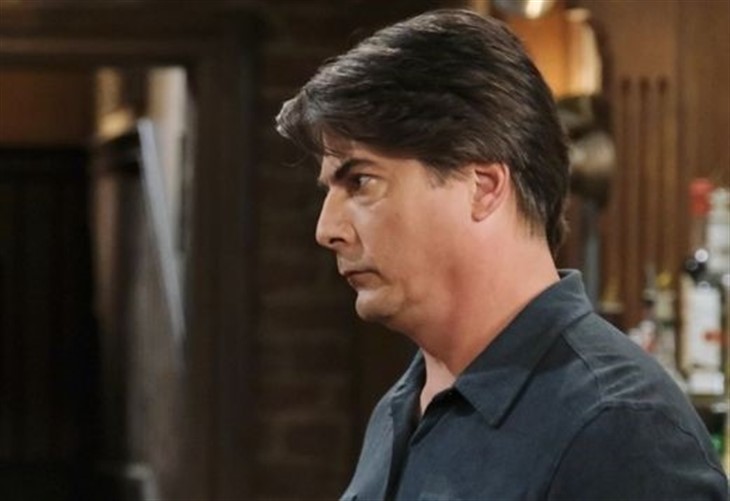 Days of our Lives (DOOL) spoilers tease that our CBS inside source is hearing backroom dish about the future of one of Salem’s hottest triangles, that involving EJ DiMera (Dan Fuerreigel), Sami Brady (Alison Sweeny), and Lucas Horton (Bryan Dattilo). Right now Lumi is on the front burner and EJ is making do with his ex, Sami’s sister Belle Brady (Martha Madison). Maybe not for long!

Days Of Our Lives Spoilers – Is Lucas Horton Leaving?

Fans know that Lucas was the mad dog who kidnapped Sami months ago and let EJ take the fall. Dimwit Sami believed Lucas and his set up, hook line and sinker. Resulting in her denouncing EJ and tromping off to Europe with the guy who she has been involved with off and on for decades. Sami, take a lesson girl!

DOOL Spoilers – What Happens Next In Salem?

Our source hears that Lucas’ time in Salem will be short lived. Despite the fact that he asked Sami to marry him.
Lucas is panicked that he killed his niece Abigail DiMera (Marci Miller). Fans don’t believe this however, and it’s doubtful that Lucas could be capable of such a heinous act. He’s a liar yes, but a relative murderer?

Days Of Our Lives Spoilers – Salem Has A Murder Mystery

Our source thinks that its possible that will be Lucas’ latest exit story. Maybe he runs away out of fear of being arrested, maybe he did commit murder, or maybe Sami finds out the whole ugly truth of how he’s been deceiving her (the last one is the scariest for Lucas hands down).

At any rate, it appears a good chance that Sami will soon be man-less. Again. But not for long.

Sami hasn’t mastered the fine art of enjoying her own company that much is clear. She is always stapled next to a guy, one that usually gets her into some kind of regretful situation. But more than that, it appears that EJ was brought back with the long vision of getting EJami back together. In fact, it’s been sad that Sweeny was involved in the casting of Dan which lends credence to the theory that Lucas is on his way out and if so, EJami fans might want dust off the champagne glasses.