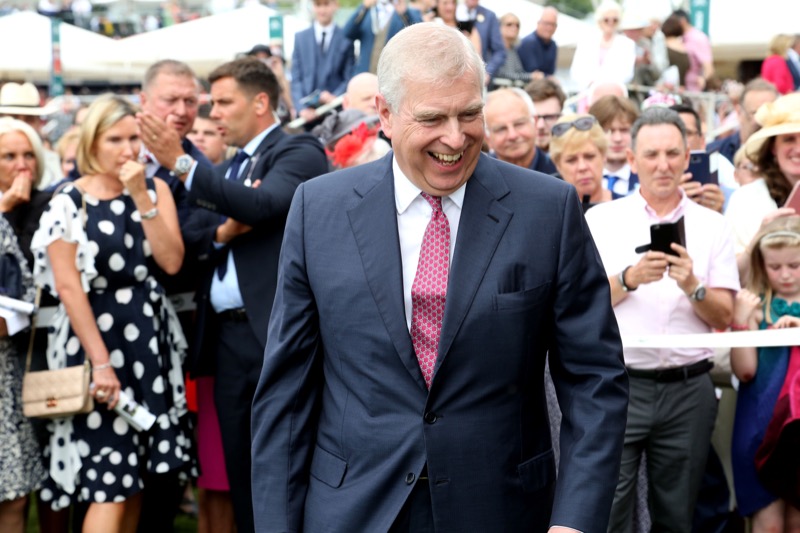 For over four years now, Virginia Giuffre’s accusations have been plaguing Prince Andrew. For this, he’s stepped down from his role as a senior working member of the Royal Family, relinquished his titles and his patronages and basically vanished from public life.

When the heat became hotter this year as he was set to appear in a New York court alongside his accuser, he deleted his official social media accounts and the Royal Family moved to distance him from the Monarchy.

Andrew’s ex-wife has always been his staunch supporter, even though his daughters have been publicly mute about the matter, but now, there seems to be another person who strongly believes that he’s a “good man”.

Lady Victoria Hervey, a former associate of Ghislaine Maxwell, sat down for a chat with Good Morning Britain on Wednesday, June 29, to discuss Maxwell’s sentencing on Wednesday.

Speaking on her relationship with Maxwell, Hervey said that she knew the convicted sex offender on a “social level”. She explained that while she’s known Maxwell for a long time – going back to “’98 or ’97” – and has spent time with her in different countries, she still wasn’t aware of all the things Maxwell was doing with underaged girls behind-the-scenes.

She also described the heiress’s life as one of constant travel, saying that she was “always appearing and disappearing” and “always on the move”.

She also said that she’s always seen Maxwell as the person who arranges events, while Epstein, who she described as “unpleasant”, would only hover in the background.

Further along the interview, Hervey called Andrew a “smokescreen” that powerful people hide behind in order to avoid facing the music for their evil deeds.

She called the one picture of Giuffre and Prince Andrew – the only evidence she could provide to counteract Andrew’s denial that he’s never met her – badly photoshopped, adding that there’s evidence of it.

When asked why Andrew would pay Giuffre millions to settle out of court when there’s strong evidence supporting him, Lady Victoria answered that the evidence was found after Andrew settled. She further explained that Andrew can’t talk about it because of a clause in their settlement agreement.