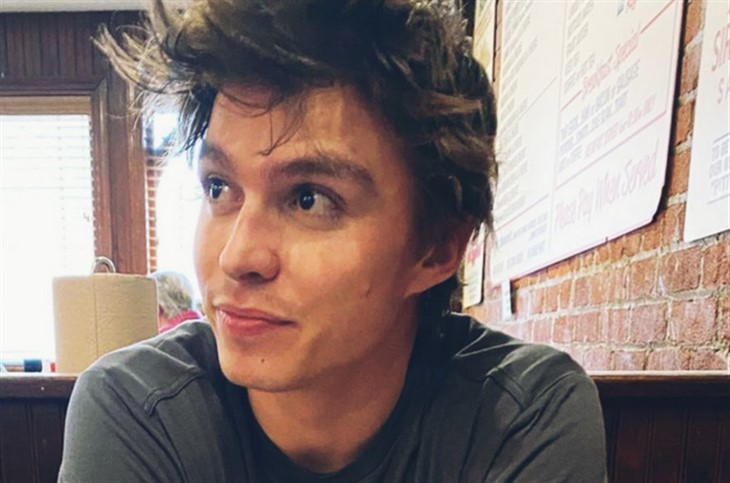 General Hospital Spoilers – Nicholas Chavez Thanks His Fans For Everything

To mark his one-year anniversary on GH, Nicholas Chavez, who just won a Daytime Emmy for Outstanding Younger Performer a week ago, took to Twitter to post a video filled with gratitude.

“One year ago, I came onto the show as Spencer Cassadine and you guys the fans accepted me into your lives, into the living rooms onto the show,” Chavez said. “I am so, so thankful from the bottom of my heart.

Thank you so much, thank you for watching the show, thank you for supporting this program and allowing me to be a part of this journey and a show that has been on for almost 60 years.

GH Spoiers – Spencer Cassadine Has Had Quite A Year

When Nicholas Chavez first made his debut on GH, it was just before Trina Robinson’s (then played by Sydney Mikayla) graduation party. He scared the life out of her at the Jerome Gallery, but then apologized and introduced himself as a kid named Victor. They had already fallen for one another by the time she learned he was really Spencer Cassadine and that he had a sociopathic girlfriend named Esme Prince (Avery Kristen Pohl). Spencer was also revealed to be the person stalking Ava Jerome (Maura West).

While Spencer and Trina (now played by Tabyana Ali) have yet to admit their feelings for one another, Spencer now knows Esme is crazy and is trying to clear Trina’s name after Esme set her up for making and releasing a sex tape of Josslyn Jacks (Eden McCoy) and Cameron Webber (Will Lipton).

He still has no idea that Esme even slept with his father, Nikolas Cassdine (Marcus Coloma), so things are about to get very heated, very soon. Stay tuned to General Hospital weekdays to see how this story plays out.

1 year anniversary. Thank you from the bottom of my heart. ❤️ I love you all #gh pic.twitter.com/sqlQsvqvEr