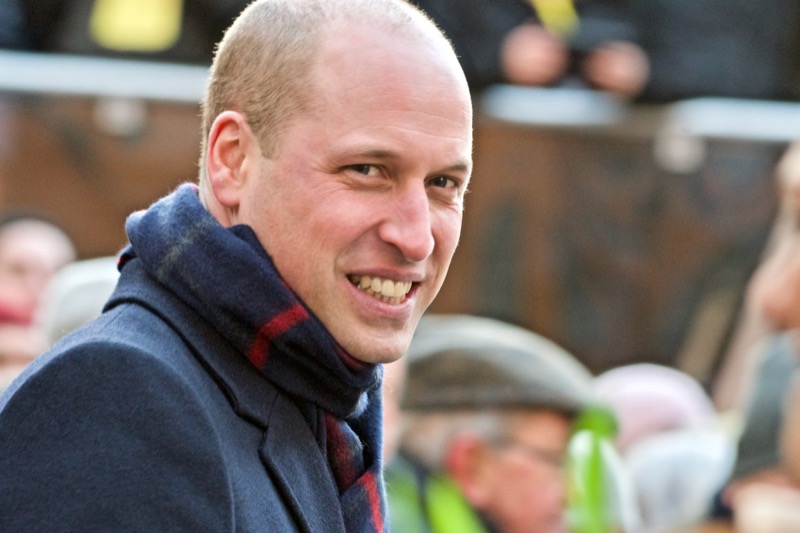 We usually know Prince William as a calm and collected man – a little protective of his wife and children, but who wouldn’t be? But he’s not afraid to lose it when someone invades his privacy and that of his family’s. It’s a rough side but we’re loving it all the same.

And by the the way stalker, it’s not cool to ruin a family’s “peaceful” holiday.

A three minute video uploaded to YouTube shows the Duke of Cambridge yelling at a photographer for “stalking around” and filming his kids while on a “peaceful” bike ride near their home in Sandringham, Norfolk. The video was uploaded last week on the YouTube account of Terry Harris – a drone operator and photographer based in Peterborough – though it was originally filmed last year.

In the footage, the Duke of Cambridge, who was wearing a down jacket, green gloves and a tweed cap, said: “You came out here looking for us”.

The photographer replied by saying that he didn’t realize who they were or he would have stopped filming.

However, Kate called him out by saying that she saw him when he was driving past their house.

“You’re outrageous. You’re disgusting. You really are. How dare you behave like that.”

The video has been viewed more than 20,000 times since it was uploaded, even though royal fans are trying to boycott it, calling it an invasion of privacy.

“Thanks for ruining our day,” William said to the man, after calling his security to explain the altercation he just had with the photographer.

“You knew exactly what you were doing. I thought you guys had learnt by now,” he said, probably referencing the tragedy that occurred in 1997 when his mother was chased down a Paris road to her death.

In 2017, he spoke candidly of the pain the press caused his mother, saying: “If you are the Princess of Wales and you’re a mother, I don’t believe being chased by 30 guys on motorbikes who block your path and make a woman cry in public to get the photograph,” he said. “I don’t believe that is appropriate.”