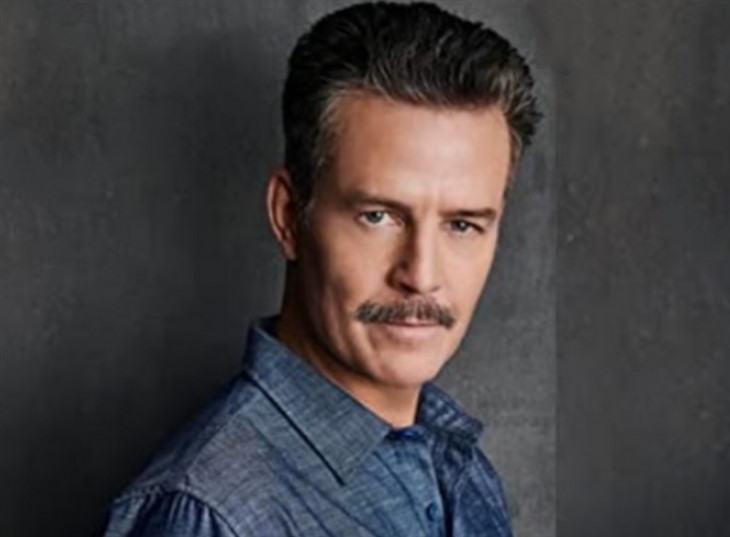 The Bold and the Beautiful star Ted King was the first soap actor to take home the gold this Emmy season when the Creative Arts Emmys ceremony was held on June 18, 2022. Outstanding Guest Performer in a Daytime Drama series is the only soap performing award not given out during the main ceremony.

Playing the role of Jack Finnegan, the man who had an affair with Sheila Carter (Kimberlin Brown) years ago off-screen and then presented their baby as one to adopt to his wife, Li Finnegan (Naomi Matsuda), earned King his first-ever Daytime Emmy nod after a long career on soaps. But it turns out the reason King was never nominated before was that the actor didn’t ever feel worthy of submitting himself, which he admitted in his acceptance speech.

As his voice cracked in a tear-filled moment, King said a member of The Bold and the Beautiful production team put a reel together for him and convinced him to submit. When he did so, he thought of his two young daughters who he tells to never be afraid of anything.

It was 1997 when Ted King made his soap opera debut using the name T.W. King when he played Danny Roberts on The City, the Loving spin-off that saw Corinth citizens move to New York City to start a new life. The City only lasted two years, but King apparently made an impression on ABC Daytime because he then went on to play his biggest soap role on General Hospital, Lorenzo Alcazar, a part he played from 2002-2007. He also played Lorenzo’s brother, Luis Alcazar.

King also made his mark on One Life to Live as Tomas Delgado from 2011-2012 before the soap was canceled.

Fans hope to see King on B&B again someday soon as he reacts to the news that his wife, Li Finnegan, has been keeping their son John ‘Finn’ Finnegan (Tanner Novlan) in a hotel room trying to nurse him back to health while everyone else believes he is dead. King submitted the scenes where he confessed to Li that he was really Finn’s biological dad and not just his adoptive dad. Stay tuned to The Bold and the Beautiful weekdays to see how this story plays out.