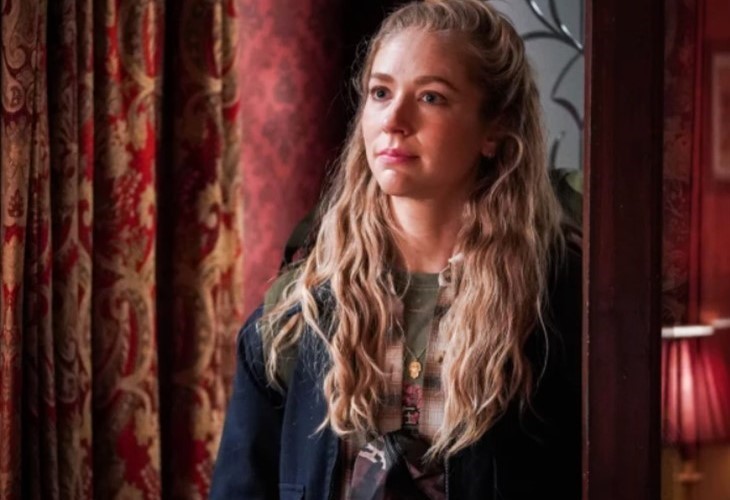 EastEnders spoilers and updates tease that Nancy Carter (Maddy Hill) learns about Zack Hudson’s (James Farrar) betrayal as his cheating secret gets exposed before their party ends. Will Nancy and Zack’s relationship survive this shocking revelation?

Fans may recall that Zack and Nancy have been constantly arguing as the latter struggles to deal with their business and Linda Carter’s (Kellie Bright) condition at the hospital. Zack ended up opening up to Sam Mitchell (Kim Medcalf) and one thing led to another.

Zack woke up feeling guilty after sleeping with Sam. He becomes even more remorseful when a courier delivers an unexpected and touching gift from Nancy while Sam was at his house. He manages to convince the latter to go home and he immediately confides in Martin Fowler (James Bye) about what he’s done.

Martin tells him that it’s best if he comes clean to Nancy as soon as possible. He knows that it’ll be difficult for Nancy to hear about Zack’s betrayal but it’s better if she learns about it directly from him than from others.

Zack agrees with Martin and plans to tell Nancy the truth. However, he ends up keeping his secret when Nancy apologizes to him for her behavior. She was sorry for treating Zack badly and she asked for his forgiveness. The pair shared a hug and Zack decided to keep quiet about his cheating secret.

Zack felt as though everything was falling into its proper places, especially after he learned that Sam had no plans of telling anyone about what had happened between them. Unfortunately, it didn’t end well for Zack.

Early on, Zack suggested holding a party after Kathy Beale (Gillian Taylforth) decided to put up a plaque for Tina Carter (Luisa Bradshaw-White) at The Albert. Before the celebration ended, Nancy received an email from the courier that her parcel had been delivered to Zack’s address.

Nancy was shocked when she opened the attachment in the email. The photo, which was supposed to serve as proof that the package was delivered, featured Zack and Sam together half-dressed when they accepted the parcel.

How will Nancy react to the shocking revelation? Will she be able to forgive Zack for cheating? Spoilers hint that Zack will do everything to save their relationship and he may even get down on one knee to win Nancy back. Will their relationship survive this betrayal?