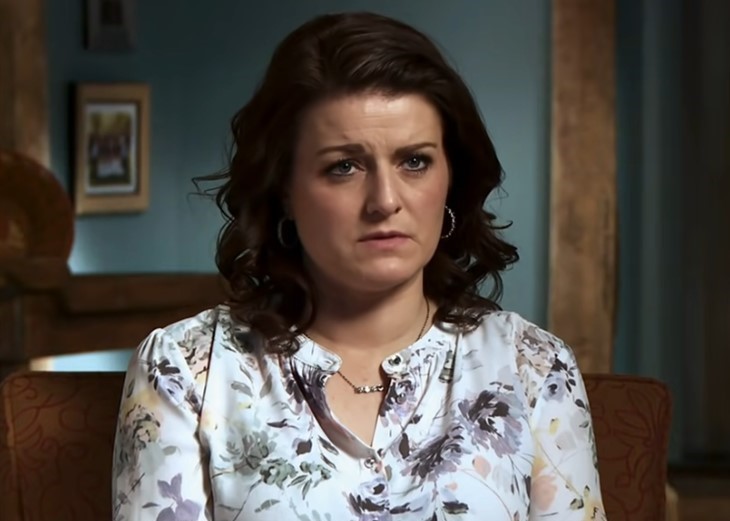 Sister WivesSister Wives spoilers reveal that these days, Ysabel Brown lives with Maddie Brush in North Carolina where she attends college. But in Season 17, TLC took fans back in time to when she wanted to physically go to school for her senior year. During the discussion, Robyn Brown used the word, “stupid.” So, fans question what she meant by that.

Sister Wives – Robyn Brown Has Lot To Say About Family

For a long time, TLC fans believed that Robyn Brown didn’t want the rest of the family around. Despite insisting that it’s all about family, and weeping about Christine leaving, fans don’t believe her. After all, she seems unsupportive of the third wife in the family. Actually, Christine admitted that she and Robyn are not close at all. But with Ysabel, Robyn threw in her thoughts. And fans are puzzled by it.

Sister Wives spoilers revealed that Kody seemed to be around for Robyn’s family much more than the others. Perhaps it’s because she never seems to oppose the things that he demands. So, critics think that she always supports him to stay in his good books. Actually, other critics feel that she enables Kody’s bad behavior. Additionally, they believe that he probably discusses everything with her before they have family meetings.

In the episode of September 25, Kody got all the wives together on a zoom video call to discuss the kids going back to school. He wanted all of them to remain at home because of covid. So, he said that they couldn’t go back to school with their peers. Well, Janelle argued that Ysabel wanted to do her last year in person as she was planning on leaving Flagstaff. So, she only had a bit of time left to be with her friends.

That’s when Robyn chipped in her thoughts. Unconvincingly, she claimed that Kody’s kids are way “important” to him. And, she also said that she understood Ysabel wanting to go back to school. But, she added, “I’m really concerned about this. And it’s … it’s… something that I just find really really stupid.” Well, Redditor u/Janberlynn wondered what she meant.

The Sister Wives follower asked others in a subreddit, “what does she think is stupid? Kody’s Covid rules or Ysabel’s desire to go to school?”

Some Sister Wives fans suggested that they went with Robyn meaning that “Ysabel prioritizing friends over Kody” was ‘stupid.”

Actually, almost without exception, they thought that Robyn was definitely throwing shade at Ysabel rather than Kody. But, there is always an exception. One follower had taken it to mean that she “was upset that he wasn’t making efforts to see the kids outside.”

What are your thoughts? Do you think Robyn Brown was dissing Ysabel for wanting to go back to school? Or, was she dissing Kody, (which seems unlikely), for not wanting to spend time outside with the kids? Shout out in the comments below.