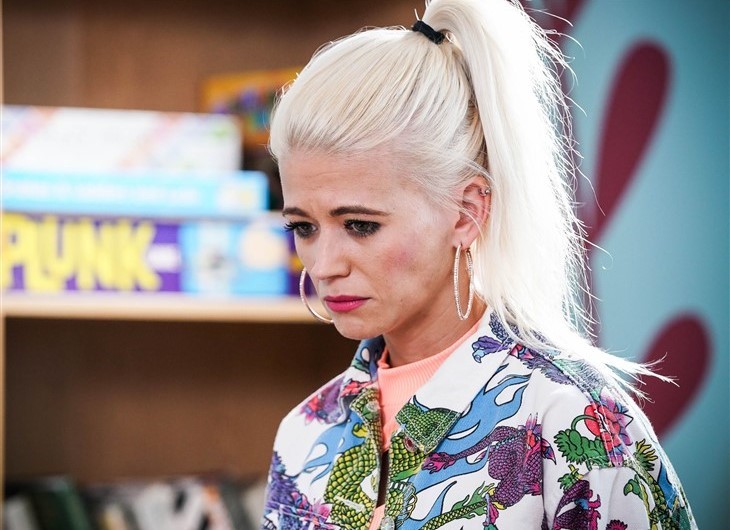 EastEnders spoilers, news, and updates tease that the show has teased a sinister storyline for Lola Pearce (Danielle Harold). Her life will be in danger in a case of mistaken identity during Jay Brown’s (Jamie Borthwick) birthday celebration.

In upcoming scenes, Lola will plan a surprise birthday party for Jay. Fans know that the latter split with Honey Mitchell (Emma Barton) recently. And since then, he’s been growing closer to his ex, Lola. She tries to convince Callum Highway (Tony Clay) to help her organize the event while hoping that it will also bring Callum and Ben Mitchell (Max Bowden) closer again.

The pair manage to convince Ben to help them out. However, they learn afterward that Jay doesn’t want to celebrate his birthday this year. Lola is left unaware of this while Ben and Callum try to figure out if they would tell Lola about Jay’s decision not to celebrate. They both agree to keep it a secret from her since she’s gone through a lot of things just to prepare for the party. They eventually end up telling Jay that Lola planned a celebration for him, so he should act surprised and delighted.

Jay arrives at Peggy’s and tries to act surprised. But Lola will eventually realize that he already knows about the party. But Jay will lift her spirits up when he tells her that she’s the love of his life.

As for Jonah Tyler (Mark Mooney), he’ll demand Sam Mitchell (Kim Medcalf) pay the money she owes him. But things turn for the worse when he decides to go to Peggy’s and force Sam to pay him back. He mistakes Lola for Sam and brings her to the office, and strong-arms her into opening the safe. Lola manages to break free, but Jonah and his henchmen will go after her into the party. What will Jonah do?

Phil Mitchell (Steve McFadden) will struggle with his guilt and will also feel pressured as DCI Samantha Keeble (Alison Newman) threatens to go after his family unless Jimmie is taken off Billy Mitchell’s (Perry Fenwick) case. Sam will offer Phil moral support as Billy awaits his court appearance.

Alfie Moone (Shane Richie) learns that there will be a surprise party for Jay at The Vic, and everyone is attending the birthday bash. He tries to capitalize on this by lying to people that Lola changed the venue for the party. Linda Carter (Kellie Bright) will catch wind of his plan and warn him that his schemes won’t work.