Sister Wives Spoilers: Which Wife Has Been Most Supportive Of Christine Brown? 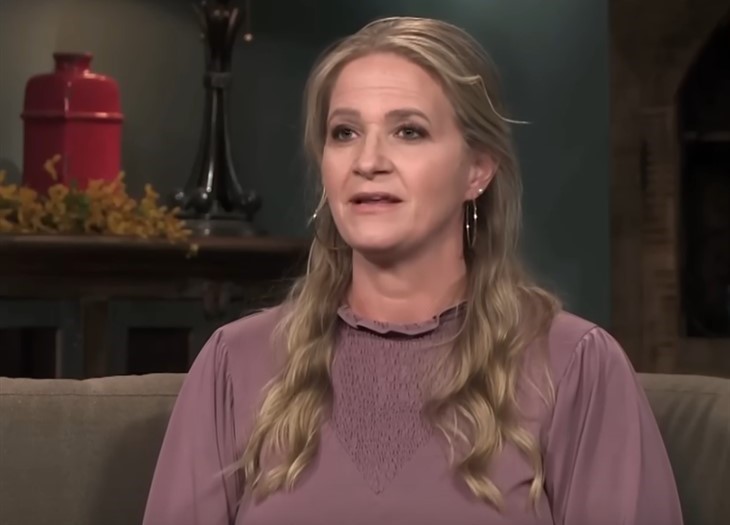 Sister Wives spoilers reveal that Christine Brown has started to open up more about her support system. Leaving her marriage to Kody Brown was complicated and really hard on her, but she was able to do it and now she moving past all of the hate and anger that was in her heart. Now it looks as if she is ready to thank those who helped her the most and one of them was Janelle Brown.

It has been hard for Christine to find the support that she wants and when it comes to the other wives, Janelle has helped her so much. They are very close friends and it is clear that they love to hang out and vacation together. Janelle has been very supportive of her and the changes that she has made in her life. Christine left Kody Brown because she didn’t feel that she was loved by him anymore and he pulled a lot of things on her that really upset her. For one, Kody didn’t show up at Ysabel Brown’s back surgery and that broke her heart.

Christine told fans, “When I told Meri, Robyn, and Janelle, Janelle actually cried. That was so hard. It was not only am I deciding to leave Kody, I was leaving them as well.”

Sister Wives Spoilers – Christine Brown’s Relationship With the Other Wives

Christine has started to talk about the relationships that she has with the other wives as well. “I hadn’t been that close to Robyn, I hadn’t been that close to Meri, for years. As soon as I told everybody, Janelle was the only person who talked to me afterward. I didn’t even talk to Robyn or Meri after that. The next time I talked to them was Ysabel’s graduation party and then when I told them I was moving, that’s the only contact I’ve had with them.”

It looks as if Janelle and Christine will remain close and some fans have suggested that Janelle may be the next one to leave. We will have to wait and see what happens on the premiere on September 11 on TLC.

GH Spoilers: Anna And Valentin Heat Up, But A Cool Down Is Coming

GH Spoilers: Nikolas Blamed For Ava’s Stabbing, Is He Guilty?