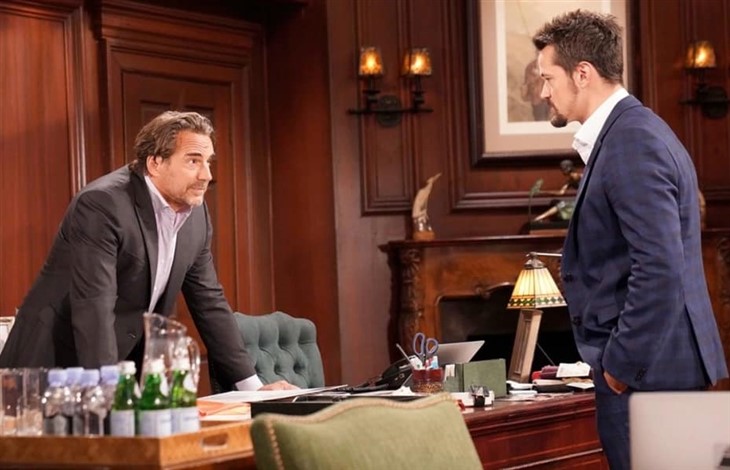 The Bold and the Beautiful (B&B) spoilers for Thursday, September 29, 2022, reveal Ridge trying to believe his wife, but that might not have been the best idea.

Thomas Forreter (Matthew Atkinson) knows that he was not threatening Brooke Logan Forrester (Katherine Kelly Lang) with a knife when he was only trying to slice an apple but someone called CPS on him anyway and he is sure it had to be Brooke. Yes, Ridge Forrester (Thorsten Kaye) thought it was Brooke at first but he called his wife, she denied doing it, and Ridge is now choosing to believe her.

That’s what gets Thomas so angry. How can Ridge takes Brooke’s side in this? He is positive she is the one who called CPS. After all, who else would do it? Surely not Hope Logan Spencer (Annika Noelle). He knows that Hope has to trust him more than Brooke does and that he would never hurt Douglas Forrester (Django Ferri). Brooke has hated him for years and even pushed him off a cliff. Of course, it had to be her.

It looks like Thomas isn’t the only sibling not thrilled with one of his parents on Thursday. Steffy Forrester (Jacquelie MacInnes Wood) can barely believe her ears when Taylor Hayes (Krista Allen) tells her that she has had a change of heart.

Maybe she just needs to leave well enough alone with Brooke and Ridge and not sit around just waiting for Ridge to come to her. He seems to always go back to Brooke and perhaps there is a reason for that.

Well, Steffy just does not want to hear that. After all, she has put in so much work with her ault version of The Parent Trap. It can’t have all been for nothing. Steffy still insists that Taylor and Ridge belong together and she will not entertain any idea to the contrary.

Will Taylor decide to listen to her daughter? Or will she be her own grown adult woman and listen to her own instincts? How will Steffy feel if Taylor fights back? Stay tuned to The Bold and the Beautiful weekdays to see how these stories play out.