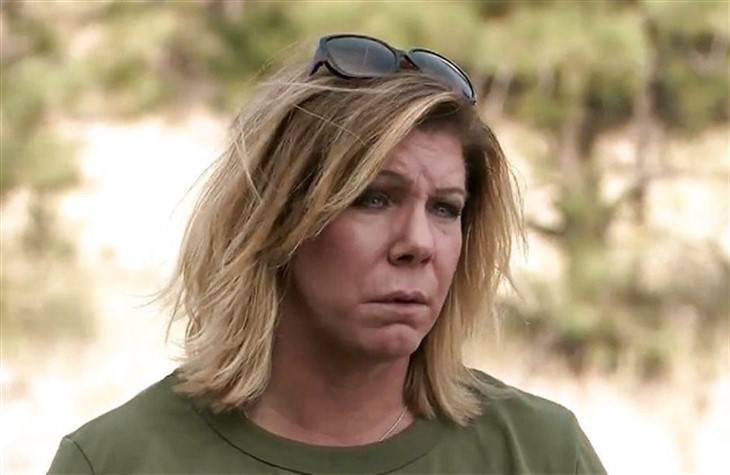 Per In Touch, Sister Wives veteran Meri Brown goes after a Facebook Live viewer for daring to call her daughter a “misfit.”

In an episode on Facebook Live, the 50-year-old Sister Wives star unleashed on a viewer who tried to criticize her for only having one child with husband Kody Brown, 52, after having been married for so many years – referring to her child as a “misfit.”

Keep reading and we’ll fill you in on the gory details.

“You only spawned one misfit?” an antagonistic viewer said on a Facebook Live chat captured and shared on Instagram Friday by Without a Crystal Ball. In the clip, Meri seems almost dumbfounded reading the comment, but it doesn’t last long.

Quickly viewers could see the anger rise in the 50-year-old Sister Wives star’s eyes while filming the clip on Thursday, December 16. “Oh. Excuse my French everybody, but F you” the original Brown sister-wife exclaimed, clearly holding back, “You don’t call my child anything like that. OK, there you go, you don’t do that to my kids.”

After she said her piece, she appeared to boot the viewer from her chat after, and then she let the rest of her viewers know that that type of behavior would not be tolerated in her Live chats. “Excuse me while I have a temper tantrum, I’m trying to calm down.”

Then the reality TV star quickly wrapped the chat saying, “Don’t you tell me to calm down! I’m going to go. I’ll talk to you guys later.”

The Lizzie’s Heritage Inn owner has been married to Kody Brown since 1990 and they had their one child Moriah, five years later, in 1995. The two later divorced in 2014 but only so the Sister Wives patriarch could adopt his fourth wife Robyn’s three children from a previous relationship – a move that has caused consternation among the other Sister Wives.

The Sister Wives patriarch is only legally married to the one wife, Robyn, due to legal issues in Arizona, though he remains married to his other wives in spirit. However, the reality TV star is no longer married to third wife Christine, in spirit or otherwise, as the 49-year-old Sister Wives veteran is now living happily in Utah without the rest of the Brown family.

Meri Brown revealed in a Season 16 sneak peek that she and Kody Brown are currently in a platonic relationship and just, “friends.”

Want more Sister Wives? Tune in to TLC on Sundays at 9 PM Central for the latest. Return here often for spoilers, news, and updates.