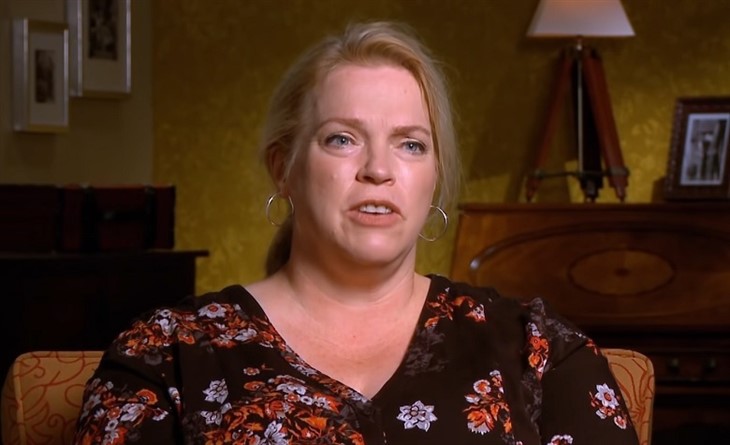 Sister Wives fans who watched Season 16 of the show saw that for the first time, Janelle Brown really seemed angry with Kody. Actually, she flared a bit of a temper when they moved to Flagstaff, but she does like it there. Often, she shares about her fresh produce from the Farmers Market. These days, she does a lot of promos for her business venture with Christine and her daughter Maddie. So, if you promote a healthy lifestyle, it’s probably best to try and eat healthily. So this week, she overcame temptation, and she sounds quite proud of herself.

In Season 16, TLC fans saw that Christine Brown finally left Kody. Then, in the teaser for the three-part Tell-All, Janelle seemed unhappy with Kody as well. In fact, she questioned how he could question the lack of respect for him, and blamed him for fracturing the family. Well, for some time now, fans wondered if she also left Kody. However, none of her photos reveal any hints. Only the odd Plexus Promo with Christine suggests they stay anywhere near each other.

Some Sister Wives fans suggest that Janelle Brown and Meri might be shown to the door so Kody can take on a  bunch of new wives. Well, Robyn loves the polygamous lifestyle, she claims, so maybe he will keep her. After all, he seems to only like Robyn and he made it clear that he doesn’t particularly like Janelle’s kids. However, in real life, Janelle seems happy enough. She has her kids visit often, adopted more puppies, and spends time in the kitchen like she always did.

Janelle Brown worked hard at losing weight, and even her son Gabe talked about that on the show. Well, she always was the largest wife in the family, but she made progress. These days, she focuses on healthy eating, not some diet that involves lettuce leaves and celery sticks. However, it’s so nice to enjoy a favorite takeout now and then, especially on a laidback weekend. Well, that temptation came along for Janelle, but she won out and overcame her cravings.

Probably, every Sister Wives fan knows how hard it can be to resist a delicious takeout. So, perhaps she inspired them when she shared about it on her Instagram Stories. On Saturday, January 29, she posted up a slide that revealed her food cooking. In the caption, she said, “Won the battle to not order takeout.” Then, she admitted that her homecooked meal was delicious. She revealed that she prepared “tasty” chicken soup with some leftover chicken breast and “random veggies” in the fridge.

Actually, it gets really cold in winter, so a nice hot and nutritious soup enjoyed indoors seems like a really good idea.

Sister Wives star Janelle Brown chooses a healthy meal according to Dr. Sally’s Kitcfhen. While chicken noodle soup prepared with the skin on can be a problem, the breast that she used is probably fine to use. Nevertheless, too much added salt might not be a good idea. Additionally, the nutrients from the veggies add to the goodness. The website noted, “Chicken soup is obviously hydrating, and the hot broth helps promote mucous drainage. If you can tolerate some extra heat, add a pinch of red chili flakes to further clear your sinuses and lungs!”

Be sure to catch up on everything happening with the TLC right now. Come back here often for more Sister Wives spoilers, news, and updates.

1000-Lb. Sisters: How Fans Believe Tammy Slaton Is Continuing Her Cycle Of Abuse In Season 3