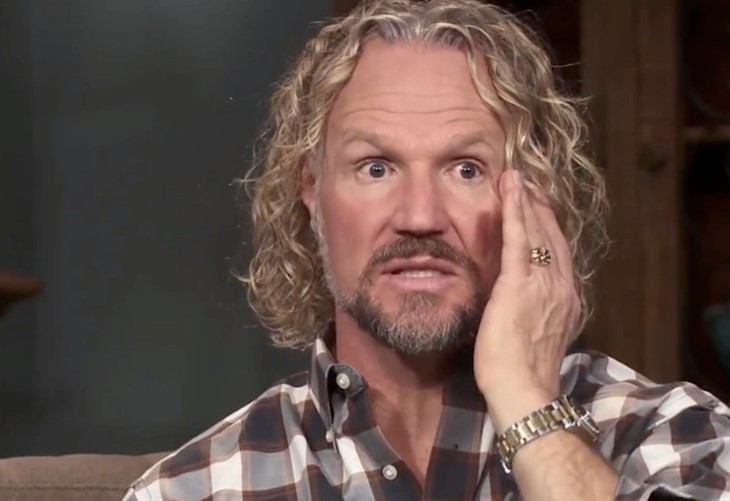 Sister Wives spoilers hint that Kody Brown might turn this season into the most dramatic yet. But could those clues that about Kody choosing a completely new cast turn out true?! No one (not even the polygamy patriarch himself) will reveal the answer yet. But insiders have dished up some teasers indicating that shocker could happen SOON!

Find out all the indications that Kody may decide to use Christine Brown’s split to clean house. Plus: Don’t miss how another one of Kody’s wives, Janelle, just subtly threw shade at her spouse!

In contrast to the sitcom “Full House,” Kody Brown just might want an empty house, according to the hottest Sister Wives rumors. And Christine’s split sparked that desire, an insider told Us Weekly. But Janelle’s recent bombshell could actually have set the stage for Kody to follow through starting over.

“He is not happy with the other wives threatening to leave,” revealed the source. “He’s considering starting fresh with new wives.” But did Janelle actually do more damage to Kody’s polygamy dreams than Christine?!

After more than two decades with Kody, Christine split in November. The 49-year-old shares kids Asypen, 26, Mykelti, 25, Paedon, 23, Gwendlyn, 20, Ysabel, 18, and Truely, 11, with her 53-year-old ex husband. And Janelle hinted that Christine made her think about splitting as well.

Last month, Janelle Brown hinted about using Christine’s split to open the door for her own exit. The 52-year-old pointed out that she has several reasons for leaving Kody. But in her bombshell revelation, Janelle also managed to annoy her husband.

“I’ve had to really think,” stated Janelle about her emotions after Christine split. “My children are almost grown. And there’s not a huge necessity anymore to stay.”

Ouch. That comment hinted that Janelle doesn’t see Kody as offering her own advantages in their marriage! And she went one step further. In her follow-up, Janelle made it clear that she stayed with Kody ONLY for her kids!

“It was a wonderful way to raise children,” continued the 52-year-old. But she called her relationship with her husband “strained.” As a result, that unhappy marriage makes it “easy to walk away.”

In the wake of Janelle’s comments, the insider revealed that she “meant it” about feeling ready to split. And that revelation made Kody question ALL his relationships, according to spoilers. But what does the Sister Wives star really want for his future? And does Kody see his fourth wife, Robyn, as part of that vision?

“He wants to be with women who can accept the fact that he’s most committed to Robyn and devoting his time to her,” summed up the insider. But Kody does want other wives who will love him, according to the source. And that raises the question of whether anyone can compete with or even come close to the romance Kody enjoys with Robyn.

At 43, Robyn remains Kody’s only legally wed wife. She and Brown began their relationship with a spiritual ceremony in 2010. And after five years, the couple made their romance legal with another wedding.

But based on Kody’s belief system, even Robyn could leave him. “In plural marriage, I don’t feel like I’ve got the right to say, ‘This is over, this is ending.’ But I’m not in place where, like, I can say, ‘Hey, I’m divorcing you.’ I can’t do that,” added the Sister Wives star.

As a result, Kody may want to see all his wives but Robyn leave. However, if the Sister Wives star truly believes in his plural marriage rules, he would need to leave it up to Janelle and Meri to choose to follow Christine. And he has shared that he did NOT push Christine to leave.

Tell us what you think. Do you believe that Kody wants all his wives but Robyn to split from their plural marriage? And after you’ve shared your views, check back on our site for more Sister Wives news!