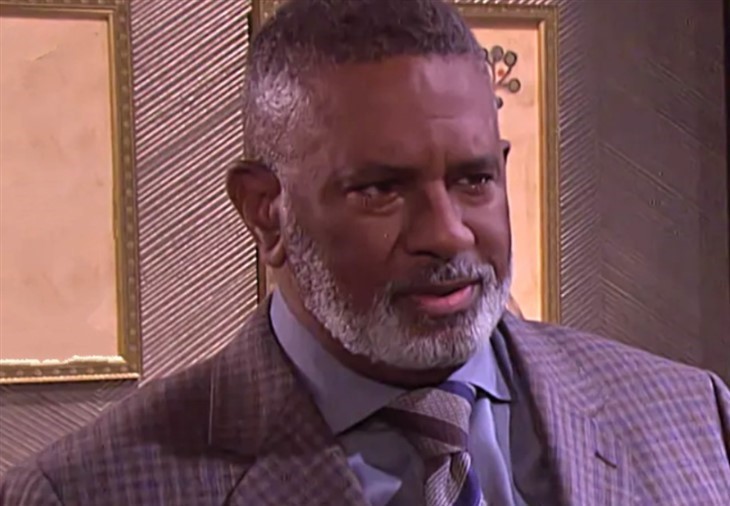 Days of Our Lives spoilers reveal that TR Coates (William Christian) doesn’t tell Lani Price-Grant (Sal Stowers) that he is her biological father at first. TR waits a while, then decides to tell Lani the truth. When Lani finds out, she is furious and wants nothing to do with him. However, the movie producer insists he has changed. Could Lani decide to give him a chance?

Days Of Our Lives Spoilers – Lying To Lani Price-Grant

DOOL spoilers reveal that Paulina Price (Jackée Harry) lied to Lani her entire life, as did Tamara Price (Marilyn McCoo) and Olivia Price (Marla Gibbs). Lani is just starting to thaw toward Paulina. Now TR comes into the picture and lies about who he really is. So, when TR finally admits that he is her biological father, it’s just someone else that has been lying to Lani.

Plus, Lani has heard terrible stories from Paulina about what life was like with TR. It’s the whole reason why Paulina couldn’t keep Lani.

When TR tells Lani that he used to be known as Ray, she will be shocked. Lani knows that means TR is her biological father and the man that abused Paulina. In a weekly preview clip, Lani explodes at TR. Lani makes it clear that she has no desire to allow the man into her life. Fans have seen Lani angry before, but this time she really explodes with fury.

Days of Our Lives spoilers reveal that actor William Christian told Soap Opera Digest that TR reinvented himself after Paulina disappeared. TR does have a wicked past, but the actor suggested that fans might empathize with the man a little bit.

So, does that mean TR is being honest about saying he’s a changed man? While abusers typically don’t change, there are some exceptions. Was he involved in drugs or alcohol while dating Paulina? Or is this just TR manipulating Lani into thinking he’s not as bad as Paulina claimed?

Head writer Ron Carlivati told SOD that Lani starts to become tempted to give her father a chance.

“He has reinvented himself as a movie producer and he’s the person producing Johnny’s [DiMera, Carson Boatman] film. TR insists that he’s a new man who has changed and he wants to prove it to Lani. So, we see Lani, while very cautious, tempted to get to know that guy, and Paulina, who is more wary.”

What do you think will happen with TR, Lani, and Paulina? Is TR being honest or is this just a deceptive manipulation on his part?

Y&R Comings And Goings: Michelle Stafford Y&R And Takes Phyllis With Her