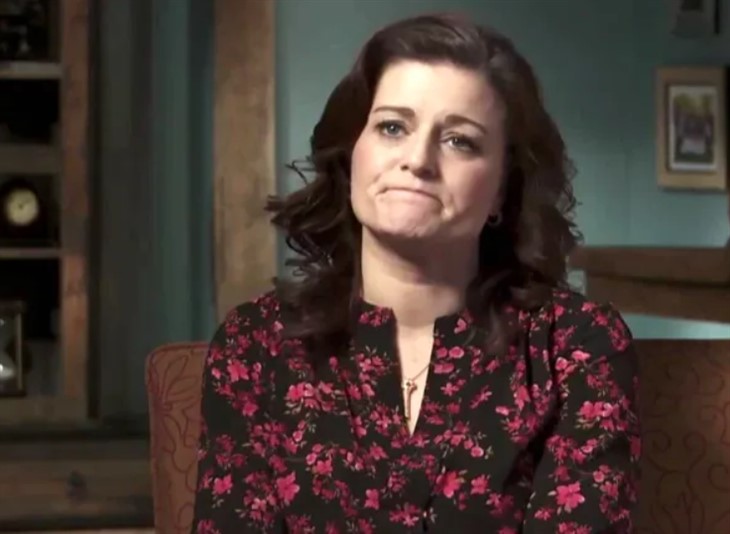 Sister Wives Spoilers suggest that Robyn Brown may be pregnant again. A video has surfaced that shows Robyn and Kody Brown out on a date. However, the video may not be the only thing that has popped up or out as it may be.

Sister Wives Robyn refused to give up on the idea of having children because she believes she still has spirit children who have not been conceived. Robyn believes she promised to bring so many children into the world and doesn’t want any of them left behind. Robyn believes that her next child’s spirit hangs around her before she gets pregnant and leaves that decision up to God.

Robyn has discussed this several times on the show. This was actually the topic of conversation when Kody suggested that he might be done having kids. Robyn is not ready to give up even though she and Kody are getting older and he suggests wanting to concentrate on being a grandfather.

Sister Wives – A Picture Is Worth A Thousand Words

In the video which features Robyn and Kody dancing, Robyn has on a large top which makes her belly look like it has expanded. Robyn spoke before about a child that always hung with her that she felt she was supposed to give birth to so maybe this is her spirit child that she was referring to. However, with no confirmation of a pregnancy, this could be just Robyn in a loose blouse. During last season’s drama with Christine Brown leaving the family, there was no talk about spirit children or pregnancy. Perhaps this was a surprise if Robyn is with child.

Sister Wives star Kody has spent more time with Robyn than any of his wives since Covid started. Christine got tired of Kody’s treatment after he didn’t want to be intimate any longer and left. Kody says he and Meri Brown are more like friends than husband and wife. Kody has also admitted that he isn’t in love with Janelle Brown as well. Janelle is seen with Christine far more than she is with Kody anymore. Janelle says that her and Kody’s relationship is just fine but that is not what fans see.

Recently Robyn has been the only wife that Kody has been seen out with. Does Kody refrain from taking his other wives on dates anymore? Are Kody and Robin just interested in a monogamous relationship now? Is Robyn expecting a new Brown baby?