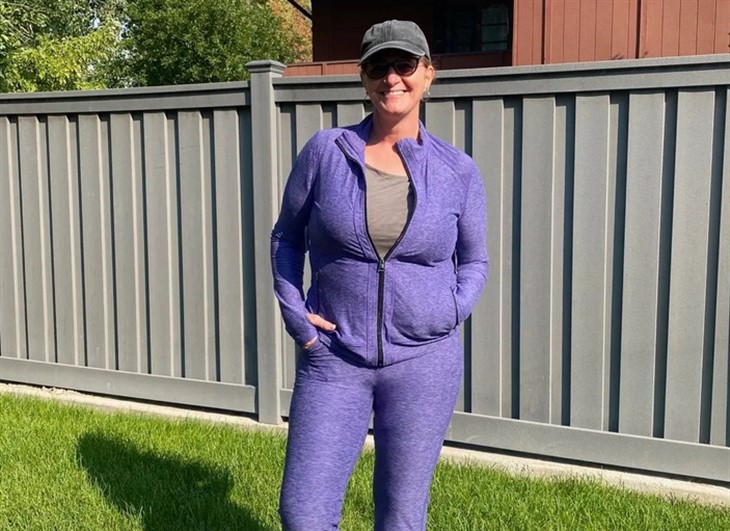 Sister Wives spoilers reveal that Christine Brown has moved back to Utah and she is ready to share with her fans how it is going for her. In the new episode of Sister Wives, she will open up more about the move and what it means to her.

Sister Wives  – Christine Brown And Moving Back To Utah

Christine is aware that to move on with her life, she needs to move away from Kody Brown and she has decided to take her daughter, Truely, with her to Utah. She wants her daughter to be with her family and be in a place where she feels welcome and loved. Christine just really wants to make a better life for herself and start over in Utah. Not being able to move back as quickly as she wanted is going to be hard and in the newest episode of the show, she will reflect on that.

She tells the cameras, “The future’s huge, and I know it, and I wish so bad I could move to Utah right now. I think that’s the saddest part is that I’m not moving on as fast as I would like.” Christine pointed out that Ysabel and Gwen Brown were still in Arizona and “they will live at home until they both move to college.” Christine knows that moving back to Utah is what she wants and to do it no matter where her oldest children are.

Christine and Kody were married for 26 years and it was never easy for her. She has been very open about her feelings for Kody and how he handled his four marriages. She never felt like he wanted to help her take care of their kids and it was clear when she explained how he would never tuck the kids in at night when she was working late and he was never around.

We will continue to watch Christine’s journey as she leaves the family to start her new life and we hope to see her moving to Utah sooner than later.