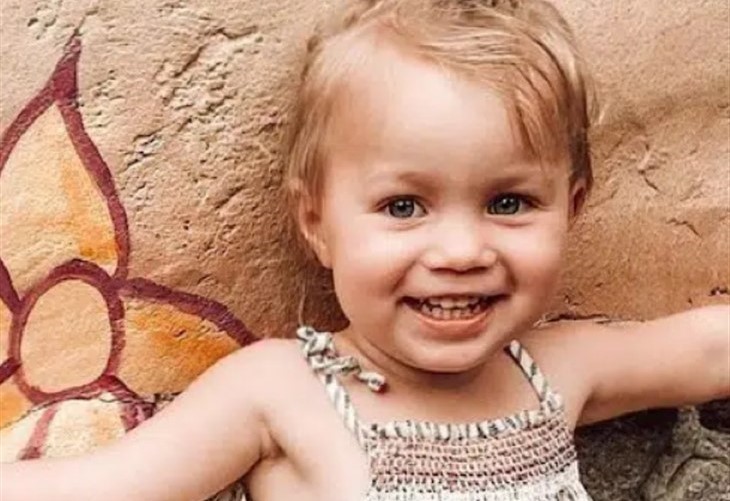 Sister Wives star Maddie Brown Brush raises Evie-K, who turnss three this year, and her brother Axel. Born with FATCO, Evie struggles to get around as fast as her mischievous brother, but she’s a fighter. During her life,  Eve-K faced some challenges, but now she managed to fit her own false foot, and her mom sounds really proud of her daughter.

Evie-K was born with FATCO syndrome and fans felt terribly sorry for the baby. However, many people felt shocked to the core when Maddie and Caleb opted for their child to get an amputation. At the time, her parents felt that it was the best way to allow their child to live a normal life. Soon, the little kid started appearing with her false foot, and sometimes, she struggled.

Sister Wives star Maddie Brown Brush revealed that it has not always been easy to watch Evie-K struggle with physical activity. Bear in mind, that tough love makes it just as hard on her mom, but it’s best for her to try and overcome her own challenges. As for Maddie, she knows that her daughter has her own life to live and mom won’t always be there to keep away the Boogie Man. Nowadays, TLC fans see that the little kid became a strong and determined person.

Sister Wives – Kid Manages To Fit Her Own Prosthetic

Maddie Brown Brush took to her Instagram this week and shared a clip of Evie fitting on her sleeve for her false foot. It was so inspiring, that Janelle Brown also reposted it. In the video, Maddie placed a caption that said, “She insisted on doping it herself,” adding, “she’s getting so big.”  TLC fans can’t comment on Stories, but it was also shared on the Good News Movement’s account.

When Sister Wives fans saw the post on Good News Movement, plenty of them responded. The admin captioned the post with “This sweet girl puts on her prosthetic herself for the first time. I feel like an older sibling.. and I don’t know her. So proud! You got this! ❣️.”

Plenty of Sister Wives fans seemed quite emotional about the clip that Maddie Brown Brush posted about Evie-K. One of them said, “Her little happy face at the end almost brought me to tears, I’m so proud of her as well! 🥺♥️” Then, another one commented, “Awww…..it’s the smile at the end! She’s proud of herself 😍😍.”

Well, it certainly looks like Evie is tackling life’s challenges head-on. Clearly, Maddie and Caleb raise a very strong child who won’t let anything stand in her way.