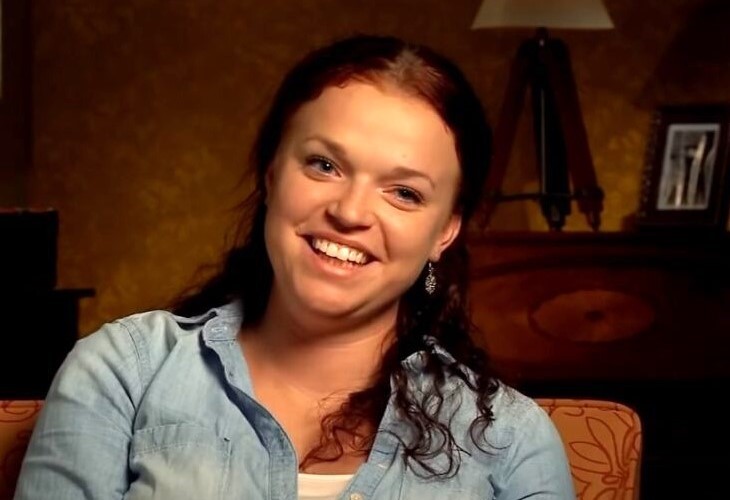 Evie Brush, Sister Wives, Sister Wives Evie, Sister Wives Maddie, TLCSister Wives spoilers and updates reveal that Evie Brush grows old enough to love a good movie and a theme. Maddie Brown Brush took to her social media this weekend and revealed her daughter sporting an awesome hairstyle that her little girl insisted on. As she grows up, TLC fans are always amazed by her strong personality and her sense of style.

TLC fans love going onto Maddie’s Instagram to see Kody’s first two grandchildren. In fact, for a long time, they were the only ones in the family. Jenelle really adores being with her little family, and she also posts about them when she sees them. The one regret that she has, is that the kids live so far away from Flagstaff. However, as she and Maddie spend a lot of time together marketing their nutrition products, she sees them quite often.

Sister Wives fans know from what Maddie Brush says, that Evie is quite different from her risk-taking big brother. Axel’s the sort of kid that pushes his boundaries. Meanwhile, Evie seems like a thinker and very determined child. Ever since she could toddle, she made sure that she had a say in the clothes her mom bought for her. Now, she told her mom what she wanted for her new hairstyle.

Sister Wives – Kid Is All About ‘Frozen’

Evie recently visited Disneyland with Janelle and her mom and dad. Perhaps she was inspired by that.  Additionally, she probably watched the movie, Frozen, as Maddie said that she’s all about it at the moment. Maddie shared a cute video of herself admiring Evie’s new style. In her caption, she said that the braids are known as “Anna braids,” or Elsa’s hair. Then she said, “everything is frozen themed right now.” Well, her hair is long enough for braids now, and Maddie seemed quite proud of doing them for her daughter.

Sister Wives fans usually see Evie with a bow in her hair, which she wears loose around her face on the sides and pulled back on top. But, her new style certainly rocks the Frozen theme. These days, she is becoming something of a little fashionista, and Maddie often shows her with her false leg done in stylish colors. Not that she seems to let that challenge get in the way of life.

Sister Wives – How Does Evie Cope With Her FATCO These Days?

Sister Wives fas who follow Maddie see that despite being born with missing bones, and a Boyd amputation at the age of one, Evie just deals with it. Maddie doesn’t make a big drama about it and lets her child figure a lot of things out for herself. After all, it’s her life, and nothing can change her circumstances except Evie.

Be sure to catch up on everything happening with the TLC cast right now. Come back here often for more Sister Wives spoilers, news, and updates