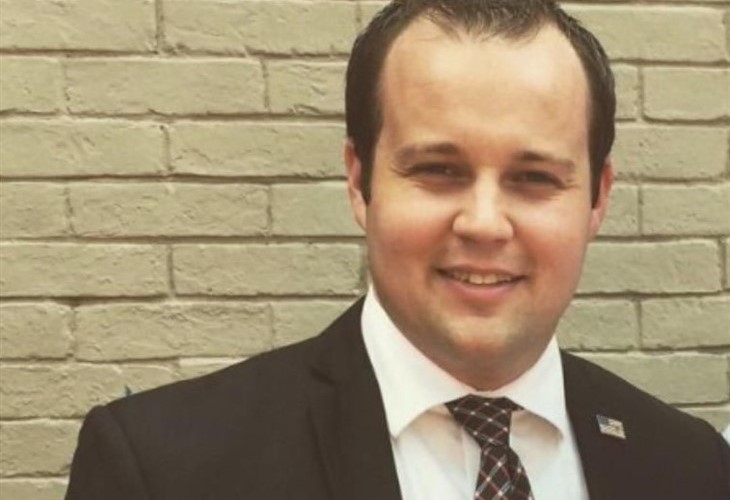 Josh Duggar will hear his sentence soon and his mom and wife wrote letters explaining what a nice guy he is. It came after a report emerged that suggested the Probation office wants to push for the maximum sentence in terms of the law. Well, his cousin Amy King, has some other thoughts on him getting a lenient sentence. In fact, she described him as “sinister,” in a shocking tweet

Josh Duggar – Could Get Up To 20 Years Behind Bars

The former TLC star and his legal team asked for a retrial or even for the conviction to be overturned. In fact, they keep on hammering away about how there exists a possibility that someone else download the shocking videos and photos of children being abused. During the trial, they failed to convince the jury.

When the full report came out on what the Probation office recommends, some folks were shocked by the images on his computer. The department said that they believe he cannot benefit from rehab and is basically likely to be a re-offender. So they recommended at least 20 years imprisonment.

Anna, the wife of Josh Duggar, and his mom wrote some letters about what a wonderful person he is. In her letter to the judge, Michelle said that her oldest son is “compassionate toward others.” Additionally, he’s “positive and upbeat.” So, that makes it okay for him to get home as soon as possible.

Meanwhile, Anna said he’s “the kindest person I know.” She also talked about him being a great dad to their seven kids.

Previously, she talked about how many things she has on her mind about the sentencing of Josh Duggar that she wants to say. Notably, she added, “I’m not afraid anymore.”  Counting on and 19 Kids and Counting fans had something to say about Amy King’s statements.

In the comments of the post that Amy King shared about Josh Duggar, one follower said, “👏🏼 👏🏼 👏🏼 be the voice of truth Amy! Get ’em.”

Another person noted, “[Jim Bob, Anna, and Michelle] don’t want to admit their son is as wicked as he is. The thing is wicked people can act nice.”

Similarly, this comment also arrived: “Pretty wild that JB has shunned Jill and family for a nose ring and wearing pants yet they want to protect Josh so fiercely.”