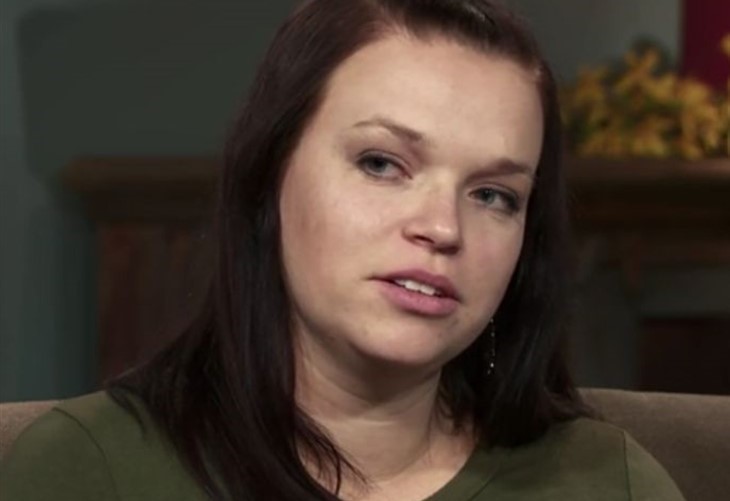 Maddie Brown Brush’s son Axel, whom she shares with Caleb Brown, fell from a tree recently and injured his arm, and fans were concerned.

The Sister Wives star recently took to Instagram Stories to explain what happened after fans showed concern about what happened to her four-year-old boy’s arm. On Saturday, March 12 the mom of two shared an adorable Instagram post of her son embracing his younger sister Evie, 2.

Fans immediately fired up the comments section expressing concern. Continue reading and we’ll fill you in on what happened.

In the terribly cute image of Maddie’s kids embracing fans noticed that Axel had a brace or cast on his arm and quickly took to the comments section to voice their concern. What follows are but a few of the comments in question:

“What happend Axel? Hi From germany.”

“Hope Axel is doing OK after his little accident!”

“Adorable! What happened to his arm?”

Maddie, always attentive to her followers explained that her kids were just being “crazy.” She admitted that Axel’s arm was fractured but assured followers that he was fine.

Sister Wives Fans naturally agreed, commenting that, “boys will be boys.” Maddie was apparently unable to answer all the questions because she then made an Instagram Story for the sole purpose of explaining the situation.

Sharing the same photo that caused such a buzz, the Sister Wives star captioned the image noting that she had received a slew of questions about the image and the cast on her son’s arm. She again assured her followers that her son was fine and that he had, “a very common fracture.”

As fans of the show are known to do, they were just being concerned followers of the show and inquired about the wellbeing of one of its young cast members. In an Instagram post on March 14, National Pi Day, Maddie shared an image with her kids and her mom, and her son appears to no longer have a cast so – everyone can rest easy.

Of course, the image could have been taken before the accident, so fans will have to draw their own conclusions. Maddie is the daughter of Janelle and Kody Brown. Of Kody Brown’s 18 children, Maddie is the second. She has seven brothers and ten sisters. Be sure and keep caught up with the Sister Wives, family and return here often for more spoilers, news, and updates.

Who Plays Ciara On Days of Our Lives?