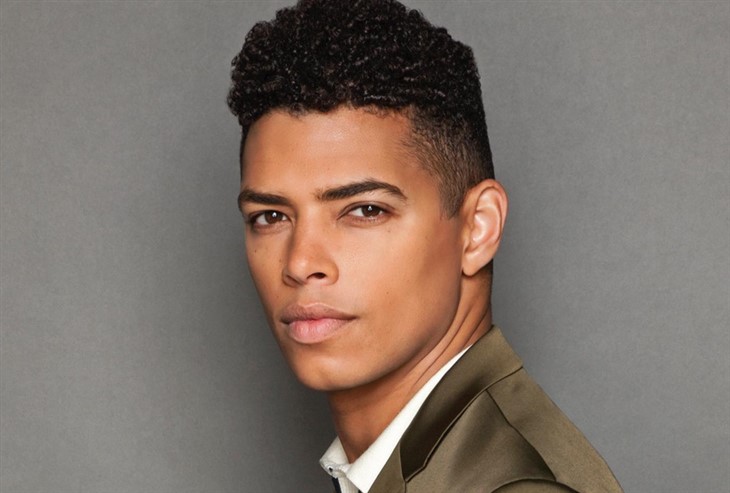 The Bold and the Beautiful (B&B) spoilers and updates tease that Delon de Metz, who plays the role of Zende Forrester on the daytime soap, has landed a new role in a new project. The actor revealed that he has joined the cast of Unbroken.

De Metz will take on the role of Cole. The actor will also be working with Anna Wood, Amanda Payton, and Oluniké Adeliyi.

Shaun Cassidy and Universal Television’s new drama pilot follows the story of three ranching dynasties on the central coast of California. Young women will vie for the title of the National Champion of Rodeo.

Sheila Carter (Kimberlin Brown) will continue to revel in the fact that Brooke Forrester (Katherine Kelly Lang) is suffering. She’ll do everything she can to keep her champagne label swap a secret. That means making sure that Thomas Forrester (Matthew Atkinson) will remain tight-lipped. However, it’ll be difficult since Thomas has started to feel guilty about the secret that he’s been keeping.

Sheila will also spar with Deacon Sharpe (Sean Kanan) after speaking ill about Brooke. Deacon will no longer keep silent as Sheila drags Brooke’s name in the mud and talks like Taylor Hayes (Krista Allen) as though she’s a saint.

Fans know that Paris is in love with Carter Walton (Lawrence Saint-Victor). But Grace knows what she’s doing and she may use whatever Paris is feeling right now against her. Grace thinks that Carter will just break her heart and she’ll do all she can to keep them apart.

As for Zende, Grace wants him to be with her daughter. She may assure him that Paris will say yes if he proposes to her. She’ll continue to nudge him towards popping the question. Will he give in?

If he does, he may prepare something romantic before he asks for Paris’ hand in marriage. If she says yes, what will happen to her and Carter? Will she break it off with him or will she continue to be with him on the side?