Who Plays Ciara On Days of Our Lives? 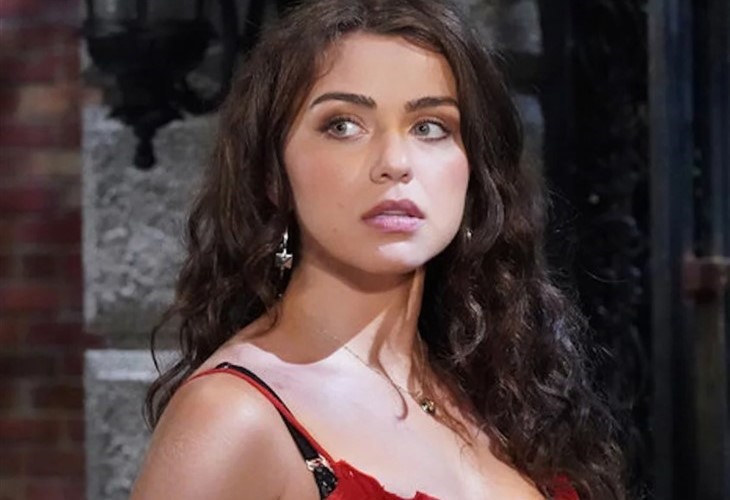 Days of Our Lives Ciara was conceived in the spring of 2006. Unfortunately, Hope had no idea who Ciara’s father was, Bo or Patrick Lockhart (Brody Hutzler). Hope slept with Patrick while she and Bo were separated and the test indicated that Patrick was the father. Bo and Hope reunited and he vowed to support her regardless of the results. However, Patrick ended up kidnapping Hope and she went into labor in the warehouse where he was holding her. Ciara was born on December 29, 2006. Before Patrick was arrested for kidnapping, he confessed that he paid the doctor to lie about Ciara’s paternity. Days of Our Lives writers held a contest to name Ciara and in the meantime, Bo called her Doodlebug for weeks.

DOOL Spoilers – Who Is Victoria Konefal?

Victoria Konefal is the current portrayer of Ciara Weston on Days of Our Lives. Konefal was born on October 29, 1996, in Brooklyn, N.Y. “Victoria Konefal is an American actress. She was born on October 29, 1996, in Brooklyn, New York. As one of three children, Victoria went on to attend the Fiorello H. LaGuardia High School of Music & Art and Performing Arts in Upper West Side, New York, NY. After she graduated she moved to Los Angeles and landed her breakout role as “Ciara Brady” on Days of Our Lives, which led to her first Daytime Emmy Nomination for “Outstanding Younger Actress in a Drama Series.”

Days Of Our Lives Spoilers – Ciara Weston And Ben Weston

Days of Our Lives Ben Weston (Robert Scott Wilson) saved Ciara after she broke her leg in a motorcycle accident in 2018. Ben and Ciara fell in love and eventually got married. Unfortunately, Ben was kidnapped by Eve Donovan (ex-Cassie DePaiva). Then Ciara was kidnapped and presumed dead. Ben finally found Ciara who couldn’t remember their love story and was afraid of him. Eventually, Ciara got her memory back and she and Ben reunited. Ciara and Ben are expecting their first child who the Devil is trying to steal.

Just as things are getting interesting in Salem, Konefal has once again decided to leave the show to pursue other interests. Will Ben and Ciara’s child arrive before Konefal leaves? Will Wilson leave town as well since Ben and Ciara are back together? Will fans see baby Weston grow up on screen?

Days Of Our Lives Spoilers: Kayla Is Ordered To Fire Marlena, Will She Comply?