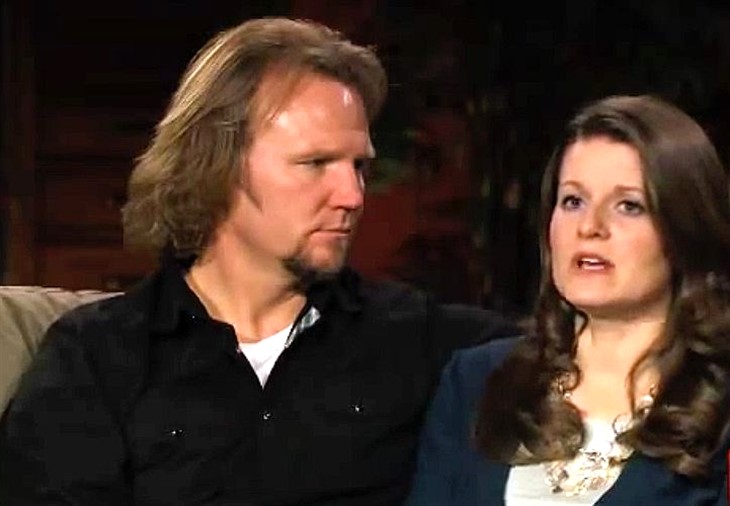 Sister Wives spoilers hint that Kody Brown and his fourth wife, Robyn Brown, continue to remain the super-couple of the reality TV series. But in the wake of Christine announcing her split, some fans wonder if Kody and Robyn will experience their own troubles. A look at their timeline offers some clues.

Discover everything to know about the history of Kody Brown and Robyn Brown. And learn what might await this so-called “dream” couple on future episodes of Sister Wives below.

Sister Wives – How Did Kody Brown And Robyn Brown Meet?

Sister Wives current season continues the saga of Kody Brown and his wives Meri, Janelle, Robyn and (despite her split announcement) Christine Brown. But new viewers may wonder exactly how Kody and his fourth wife Robyn originally met. An early episode of Sister Wives revealed the answer as well as Kody’s first reaction to Robyn, reported Us Weekly.

“She looked like a soccer mom,” admitted Kody. “She had a van, three kids and was divorced. I thought, ‘I didn’t need a van, a divorced woman, and three kids in my life — that’s just trouble.’”

Previously married to David Jessop, Robyn became a divorced woman in 2007. The two share three children, David, Aurora and Breanna. In the wake of that divorce, Robyn met Kody and his first wife Meri Brown at a gathering that Robyn’s cousin had hosted.

And despite that initial negative impression, Kody later connected with Robyn. The first season of Sister Wives showed Kody courting Robyn. The couple tied the knot in December 2014. A year after their legal marriage, Kody adopted Robyn’s children. The new family moved into the Brown family compound. (In order to legally wed Robyn, Kody divorced Meri but kept her as his wife through a spiritual union.

Sister Wives – What Does The Future Hold For Robyn And Kody?

Some Sister Wives viewers wonder if Christine splitting could result in Janelle and Meri giving up on Kody as well. With Robyn wanting a plural marriage, could Kody find himself in trouble? An insider pointed to the couple’s history for the answer while blaming his romance with Robyn for Christine’s exit.

Christine and the Brown family patriarch revealed their split in November 2021. “It’s no shock. She’s been in the process of leaving him for a while. The big reason why she split from him is because Kody has been completely devoted to Robyn for the past five or six years. That hasn’t changed at all,” shared the source.

And both Kody and Robyn continue to believe in the value of a polygamous lifestyle, according to the insider. Kody’s decision to divorce Meri in order to legally wed Robyn reveals the strength of their relationship. And both seek to keep their romance strong.

Kody Brown remains “devoted to being polygamous,” emphasized the source. As a result, Kody continued his relationship with Christine “for as long as he could. He serves God and believes being polygamous is his way to heaven, so it’s not necessarily about having to be in love with all your wives. It’s about who else is as devoted as he is.” And that someone, for now, appears to be Robyn.

Another insider called Robyn and Kody a “dream couple.” Brown’s other wives can’t compete against her. “She has him wrapped around her finger. They act like they’re still newlyweds. They’re still very much in love,” added the source.

What do you think about Robyn Brown’s relationship with Kody Brown? Do you predict that the two will stay strong regardless of what happens with Kody’s other wives? Share your views with us. And then check back on our site for more Sister Wives news.

B&B Spoilers: Hope Is Devastated As She Blames Herself For Her Mother’s Relapse