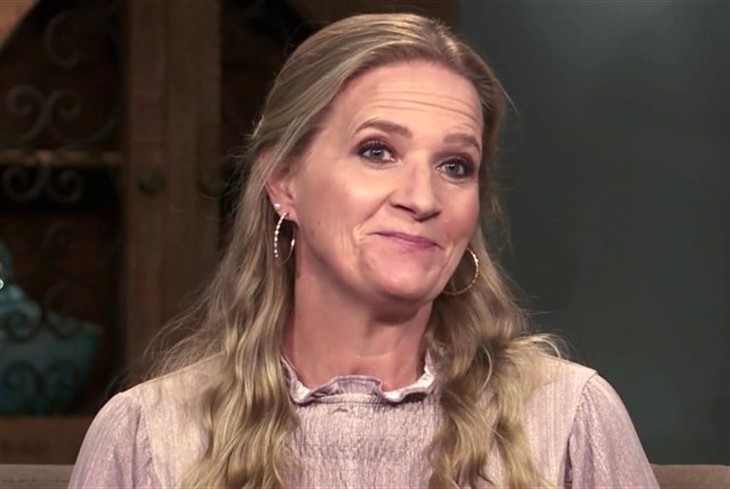 Sister Wives fans probably find the fact that Kody Brown seems to weaponize his sexual favors very distasteful, but it looks like he did that to Christine. Christine Brown, just like Meri, discovered that only good girls get any intimacy. Heartbroken, she cried in this week’s episode. While TLC fans bleed for her, at the same time, they cheer her for getting out of the relationship.

For years, fans went onto Meri’s social media and urged her to leave Kody brown and go it alone. After all, he repeatedly said that he didn’t like her. Additionally, he told her in Season 16 that he doesn’t see her as a wife. So, they no longer have any intimacy. Actually, he never got over the catfishing incident. So, TLC fans think that Meri wastes her life hanging around waiting for his attention. In a surprise move, it was Christine who acted on what fans suggested. In fact, on Cameo, she said that fans, along with her mom, helped her come to a decision.

At one stage, Sister Wives star Christine Brown admitted that her mom told her she should “go deep” and “listen to her heart.” Well, she did that, and make her decision to leave Kody and move to Utah. One part of the decision considered backlash from viewers. However, she seemed to underestimate her fans, some of them thought. After all, Season 16 saw them cheer her decision to take off. However, she was really hurt when the conversation that ended it took place, so fans bleed for her.

In the finale, fans saw that Christine couldn’t understand why Kody, who finally visited her, didn’t sprint for the bedroom. Instead, he messed about with a barrier for the cat. Well, he casually told her that he didn’t like her behavior, so he wasn’t going to be intimate with her again. After 26 years of life with her man, she felt devasted, and fans hurt for her as she cried. Tossed out with the trash, she obviously hurt very deeply. Of course, fans think very little of Kody, and none of them seem to think she lost very much when it comes to rumpy-pumpy. But, for her, the rejection seemed to hit very hard.

Of course, Sister Wives fans took to social media to slam Kody and Robyn. Fans believe that Robyn used the covid restrictions that Kody introduced to alienate the other wives. So, when fans heard that the nanny brought covid in, they cheered. Well, not that the nanny got sick, but because covid arrived through the back door, and not where Kody expected it to come from. On Twitter, user Mayra noted, “The nanny has Covid (I hope she’s okay). But I’m glad that Robyn was the one that ruined everything.”

Meanwhile, over on Instagram, fans slammed Kody for being so brutal with Christine. Bear in mind, the whole season, fans saw that Kody hated it because Christine wanted to get a life during Covid, and rather practice less over-the-top social distancing. So, Kody hated that she didn’t instantly obey his decrees. The general consensus seems to be that withholding intimacy as some sort of punishment should be met with contempt.

In the comments section of a teaser for Sister Wives, fans expressed a lot of sadness for the pain that Christine went through. However, she got out and grabbed for happiness and independence, so they also cheer about that. One fan who seems to have missed the spoilers that she left wrote, “Run Christine! You deserve better. The only intimacy he is probably having is with Robyn. Everything changed when she joined.”

Another fan commented, “So sad…I’m glad she made the decision [to] leave & find her own happiness.”

Actually, Kody probably couldn’t have found a harsher punishment for his third wife. After all, he knew very well that she suffered a lot of jealousy when he hung out with the other wives. A fan wrote, “Christine, this shows you what kind of man you have been married to for 20 years. Bravo to you that you had the guts to pick up and leave. Not everyone in your family is strong enough to do the same. Hats off to you!”