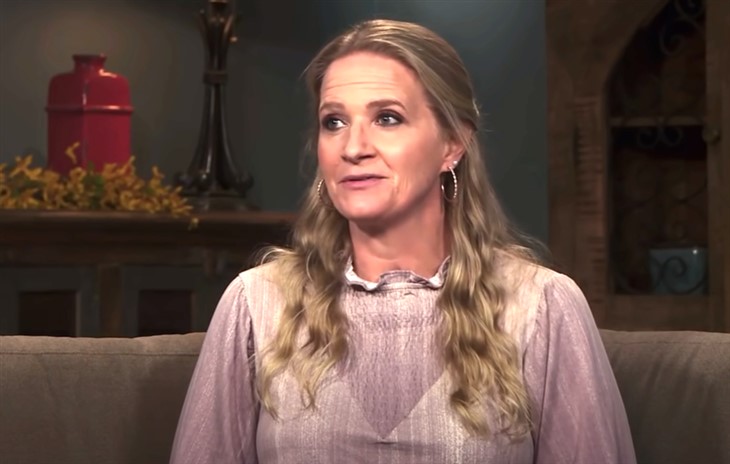 Sister Wives fans rave about Christine Brown during Season 16 of the TLC show. Ahead of the season, they heard that she left Kody and moved to Utah. There, she seems very happy and her social media reveals that her worried look went away from her face. Why didn’t she just do it sooner? As fans celebrate her now, did she fear backlash from them? Is it possible that she misjudged her followers?

In teasers for the show, and in the actual episodes, TLC fans see that Christine seems to have grown a backbone of steel. Actually, she went from being criticized for her jealousy issues, to being lauded by fans. In fact, when Kody talked about platonic wives, she packed his stuff up and dumped them in the garage. Clearly, she’s not a woman to walk over. Obviously, you don’t walk away from 26 years of marriage without thinking things through. So, it seems that living with Kody festered for a long time.

Naturally, now that Christine found the courage to remake her life, fans wonder which Sister Wives cast member might walk away next. Or, to save face, perhaps Kody will simply show them the door before they decide to get out. The direction of the show seems to reveal that fans misjudged the situation with Kody. In the past, a lot of speculation arose that he might take on another wife. However, he’s now only got three. Fans suspect he’d like to see the back of them, with the exception of Robyn.

Sister Wives – Star Christine Had To Think Of Public Opinion

Was it public opinion that kept them all grinding away at polygamy? After all, that was the whole point of the show – revealing normal folks living happy lives. Possibly, Christine Brown must have known that if she left Kody, it might impact the rest of the family. After all, there was always a good chance that without her, the show might end. Additionally, living her life in the public eye meant that people would dig around into every facet of her life. Did she fear that fans would turn on her?

This week, The Sun reported that Sister Wives star Christine took to her TikTok and talked about her decision to leave. Unlike Meri, who fans believe stays with Kody so her family won’t reject her, Christine revealed that her mom supported her. Her mom said to her, “you have to listen to your heart and make a decision based on joy. But listen to your heart and really go deep into who you are as a person and then make that decision.”

Actually, it seemed like Christine Brown feared a lot of backlash. Well, if that’s the case, she must be a bit surprised at all the love and support that her fans send her way. Admittedly, they all want to know what she ate for breakfast, but by now, she’s probably used to that sort of thing.

90 Day Fiance’ Spoilers: Why Fans Believe Ella Johnson Would Be A Bad Stepmother?