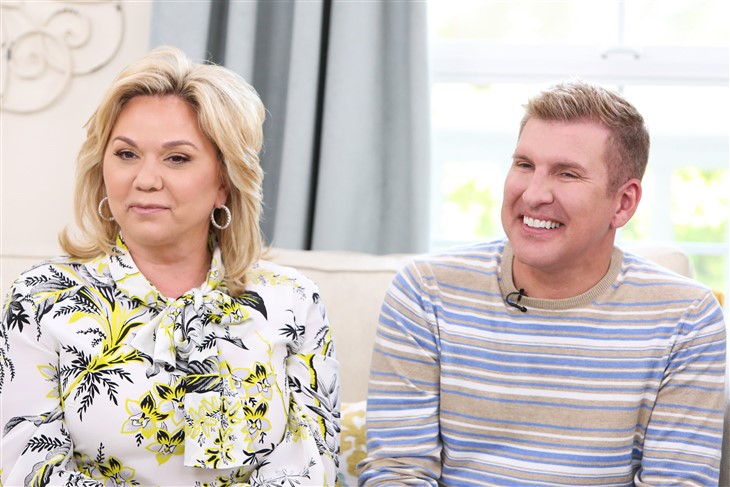 Todd Chrisley of Chrisley Knows Best told The Daily Mail on January 20, “We’ve bonded” while discussing the weight loss journey that he and his wife Julie have embarked on.

Todd and Julie have indeed embarked on a weight loss journey together and are apparently bonding through the process. The pair are adapting the same meal plan and getting closer while doing it.

Continue reading and we’ll share the details with you.

Between the Chrisley Knows Best patriarch and his wife, Julie, 49, the two have lost 40 lbs. and “It truly has been something that we’ve bonded over,” Todd, 52, told The Daily Mail, adding that the process has made them closer because it’s something they talk about. While Todd has dropped 13 lbs., Julie has shed a whopping 27 lbs.

The reality TV mogul went on to say that “it’s kind of like a competition” between the two lovebirds, and we know how they love to compete. Todd confirms that, saying, “Anyone that watches our show knows that the Chrisleys are hugely competitive.” He adds that now that competitiveness has manifested in the couple’s weight loss.

Julie, who has been by Todd’s side for 25 years said, “I think Todd and I consider ourselves partners in everything we do,” adding that to now be able to incorporate Nutrisystem into the partnership is just “amazing.” The Chrisley Knows Best veteran went on to say that when two people have been married as long as they have and are able to partner together to do something that will help them both it’s a “win-win.” 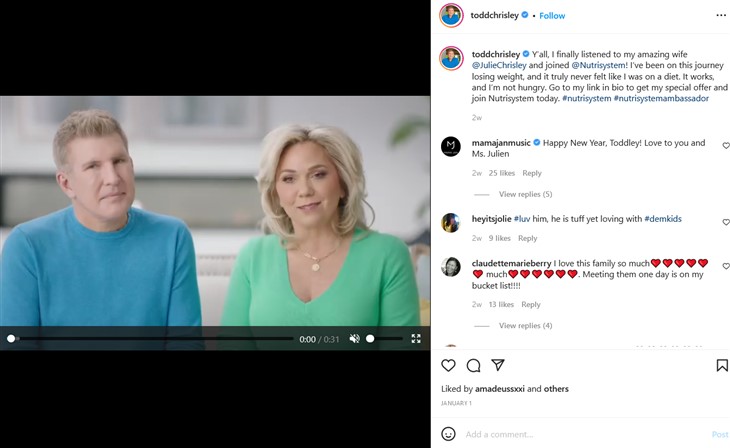 She continued, telling Heidi Parker of The Daily Mail that she and Todd have motivated one another for “years and years.” For his part, Todd told the reporter that his wife has “maybe for the first time ever” started to put herself “at the front of the line,” adding that it was a “great change,” a “sexy change.”

The entrepreneur said that after decades of marriage he still finds his wife irresistible and that now after all this time has passed, it’s her self-confidence that he finds so irresistible. Be sure and catch up with Chrisley Knows Best and return here frequently for spoilers, news, and updates.