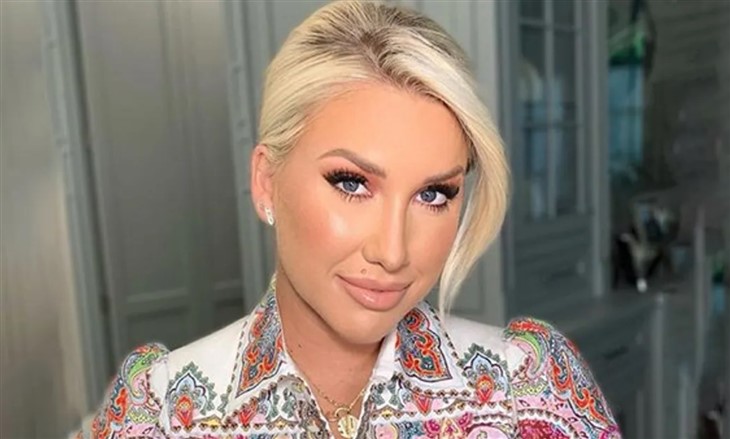 Savannah Chrisley, the young Chrisley Knows Best TV star, soon takes on a whole truckload of responsibility for her younger siblings. In January, Todd and Julie will start their prison sentences and she takes over custody of Chloe and Grayson. Recently, Grayson, aged 16 was involved in a car accident and ended up in the hospital. Now, for the first time, she opened up about how bad the accident was.

Chrisley Knows Best fans saw that Grayson went for driving lessons. At the time, his dad, Todd, and his sister worried that he might have a bad car accident. Unfortunately,  their fear became real. Ahead of his mom and dad hearing their sentences, he ran into the back of a truck in Nashville. Soon, an ambulance rushed him to the hospital with suspected head injuries.

Savannah Chrisley didn’t talk publicly about the accident until he went home. Actually, Chrisley Knows Best fans found out that Grayson was home when he shared a photo of himself on Instagram. However, his face was in shadow, so if he has injuries, they couldn’t be seen. At least he was well enough to work out. Now that Savannah talked about it, he might be lucky to be alive.

People Magazine reported that when she saw Grayson’s Ford truck, she felt shocked as her brother had toned down how bad it was. In fact, he described it as a sort of “fender bender.” She said on her podcast, “y’all, when I tell you the whole front of his truck [was destroyed]. Like, every airbag deployed. It was bad.”

Savannah Chrisley also mentioned that her younger brother felt bad about the crash. However, his dad told him that he was alive and that’s what mattered the most. She added, “He’s OK. He’s beat up, but he’s OK. It could’ve been worse. So thank the good Lord above.”

Savannah Chrisley feels very grateful that Grayson didn’t get terrible injuries. Right now, she prepares to become a surrogate mother to her younger siblings, and Todd and Julie just spend the time they have left with their children making memories to treasure during their absence. Todd Chrisley will serve 12 years and his wife Julie will serve seven years for tax evasion and fraud-related crimes.

Of course, fans feel really bad for the entire family. Todd always claimed that they would prove their innocence. However, the judge gave them quite a severe sentence because she felt that neither of them showed remorse.

Be sure to catch up on everything happening with the Chrisley Knows Best family. Come back here often for more USA Network spoilers, news, and updates.