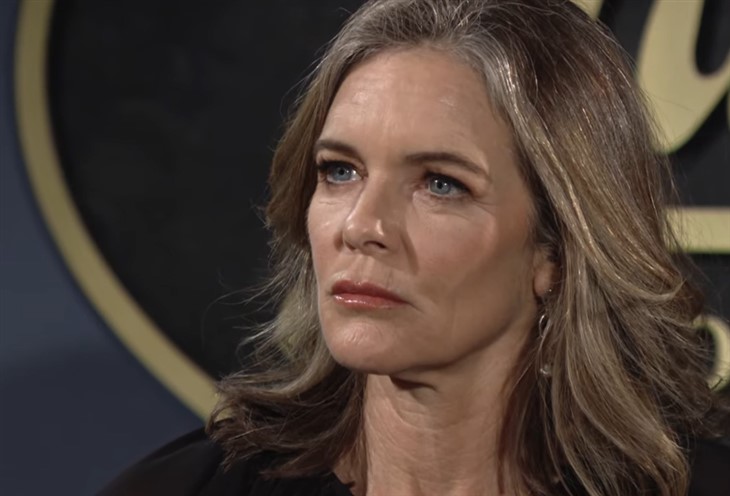 The Young and the Restless spoilers show that the stakes surrounding Diane Jenkins (Susan Walters) have just risen with the return of Jeremy Stark (James Hyde), and even Nikki Newman (Melody Thomas Scott) and Ashley Abbott (Eileen Davidson) have backed off. Of course, everyone’s favorite Phyllis Summers (Michelle Stafford) is still out there poking the bear.

Phyllis returned all enthusiastic about having a chat with Stark about Diane and basically endangering everyone, leaving Nikki and Ashley astonished. Fans are now concerned that something may happen to Harrison or the rest of Diane’s family.

Phyllis has obviously taken on more than she can chew on The Young and the Restless, and she tends to forget that her family is closely related to the Abbotts, and her daughter is MARRIED to one. Her grandson works at Abbott. She hasn’t thought anything through and has been blinded by her own ambition. She will now have to live with the repercussions. We hope nothing awful happens to Harrison, but if it does, it will be Phyllis’ fault.

Fans reacted to Phyllis’s moment of joy by writing, “I love that smile in Phyllis! She is so dumb at times!”, “If something happens to Harrison….it will be all over for Phyllis”, “I think it makes sense if Jack is the one that gets hurt trying to save Diane. Because all 3 of the ladies have a close relationship with him.”, and “But getting Jeremy involved means putting Diane’s loved ones in jeopardy”,

There is no doubt that people’s lives are going to be in danger now, and we should prepare ourselves for the worst. While I personally don’t think the writers would have anything terrible happen to Harrison, I do think that Summer Newman (Allison Lanier), Kyle Abbott (Michael Mealor), and Jack Abbott (Peter Bergman) may be in danger, with the latter particularly aimed at.

He has been sticking his neck out defending Diane and he may be an easy target to take advantage of Diane, as it is clear that she has some feelings for Jack still. Phyllis has made a bad situation worse, and now, we prepare for the damage.

What do you think? Who do you think Jeremy Stark is going to target? Would he seriously consider going after someone like Harrison or will it be Summer or even Jack? How will Diane react to the news when it happens? Share your thoughts and remember to keep watching the CBS soap to see what happens next.