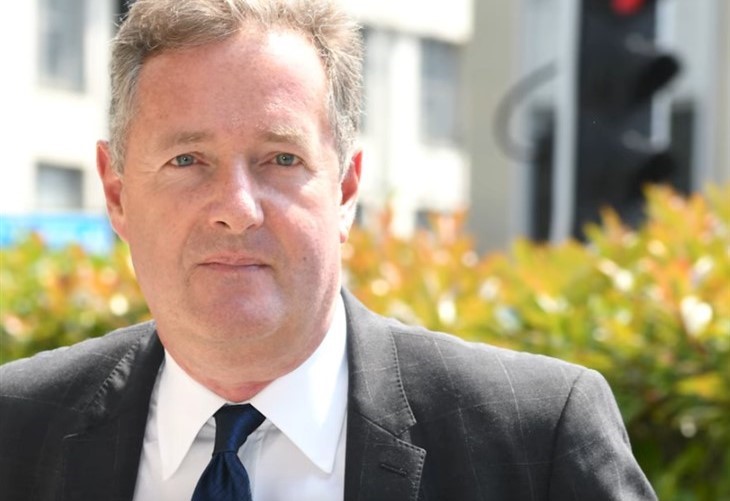 In recent Royal Family News, Piers Morgan has demanded that Prince Harry and Meghan Markle boycott Whoopi Goldberg for suggesting the Holocaust was not about race.

Morgan recently demanded that Prince Harry and Meghan Markle, whom he dubbed “renegade royals” following their REXIT, boycott comedian Whoopi Goldberg after she inferred that the Holocaust wasn’t about race. Golberg later apologized for her inference on ABC’s The View, that the holocaust was about “two groups of white people.” Continue reading and we’ll get into it in greater detail.

The Good Morning Britain alum took to Twitter and wrote, alongside a video of the Whoopi comments, “WTF? This is insane. The extermination of 6 million Jews wasn’t about race??? Will any rock stars or renegade royals now boycott Whoopi Goldberg and/or ABC for this dangerous misinformation?”

The Duke and Duchess of Sussex have been forthright about their distaste for misinformation. The royal couple recently entered the debate about Joe Rogan’s misinformation and Spotify as recent as Sunday, January 30.

Morgan has been somewhat of an advocate for the UFC commentator following the backlash. The misinformation repercussions were spearheaded by Neil Young and dealt with the COVID-19 misinformation shared on his Spotify podcast The Joe Rogan Experience. With Rogan having signed a deal in 2020 with Spotify worth over $100 million, the tech giant isn’t likely to let the podcaster go.

Goldberg made her comments in an episode of The View while discussing the Tennessee School Board’s decision to ban a graphic novel titled, Maus, which depicted Polish Jews who survived the Holocaust. The board cited profanity and nudity as justification.

“I mean, it’s about the Holocaust, the killing of 6 million people, but that didn’t bother you? If you’re going to do this, then let’s be truthful about it. Because the Holocaust isn’t about race. No, it’s not about race. It’s about man’s inhumanity to other man,” the actress said.

Co-host Ana Navarro responded, saying, “But it’s about white supremacy. It’s about going after Jews and Gypsies and Roma.” At this point, Whoopi tripped when she said, “But these are two white groups of people.”

The 9/11 star later took to Twitter to apologize for the comments, writing, “I should have said it is about both. As Jonathan Greenblatt from the Anti-Defamation League shared, ‘The Holocaust was about the Nazi’s systematic annihilation of the Jewish people—who they deemed to be an inferior race.’ I stand corrected.”

The comedian then proceeded to extend a heartfelt apology to the Jewish people who may have been hurt by her comments, writing, “The Jewish people around the world have always had my support and that will never waiver. I’m sorry for the hurt I have caused. Be sure to keep up with everything royal and return here often for more spoilers, news, and updates.