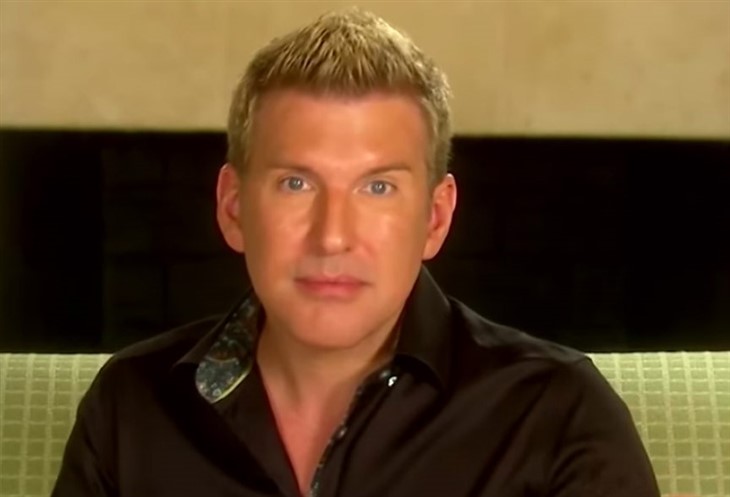 Todd Chrisley is no stranger to the media and this week he got the jump on them when they wanted to run a story about Nic Kerdiles attempting suicide. So, he roped in Savannah and Nic and they did a Live about it on Instagram. The Chrisley Knows Best stars also used the opportunity to raise awareness about mental health and the coronavirus.

Todd Chrisley – Hears About The Media And Nic Kerdiles

Nic Kerdiles and Savannah split a few times and at the moment, fans don’t know for sure if they split again. In any event, Savannah appeared with her dad and Nic following her dad being contacted by a media outlet. Actually, probably for the first time ever, Savannah didn’t look too keen on going in front of the cameras. In fact, fans saw that her dad had to prompt her to start talking. Perhaps, she was very worried and upset about Nic Kerdiles’ suicide attempt.

Todd Chrisley and his daughter fully supported Nic, and it became apparent that what upset Savannah was the fact that Nic didn’t feel ready to share his story. However, Todd noted that a media outlet got ahold of him and they wanted to write a headline about Nic. However, if he gave them some insider quotes, they would leave Nic’s name off the headline. Well, USA Network fans know Todd won’t tolerate that sort of thing. So, they spoke out about it themselves.

Because of the suicide attempt, Savannah said that she consulted with her therapist. She said that she got the facts on how many people suffer poor mental health because of the illness. So, she felt that being forced into talking before he is ready, that only makes things worse for Nic. Next, Todd explained that he got the virus and most of his family. Plus Nic also fell ill with it. So, they are well aware of how it can impact people. Then, Nic told his story about how he nearly killed himself, but his friend Chad helped to save his life.

Todd Chrisley was very supportive of Nic Kerdiles who related that he took some medication for covid and mixed it with a lot of alcohol. He described himself as having a complete “blackout.” Well, he somehow ended up “having a gun.” But, he never used it, thanks to his friend. Later, The Chrisley Knows Best patriarch told his fans that they checked out the meds and they can cause depression as a side effect.

The Jump On The Media About The Suicide Attempt

Todd Chrisley went live because he hates that the media carries sensational stories about people who go through difficult times. Additionally, he gets tired of always being hounded about his daughter Lindsie. So this time, he was not going to bow down to demands by the media to keep Nic’s name off a headline. In the Live, Todd made it very clear that the whole family is there for Nic and they love and support him.

Be sure to catch up on everything happening with the cast on the USA Network right now. Come back here often for more Chrisley Knows Best spoilers, news, and updates.