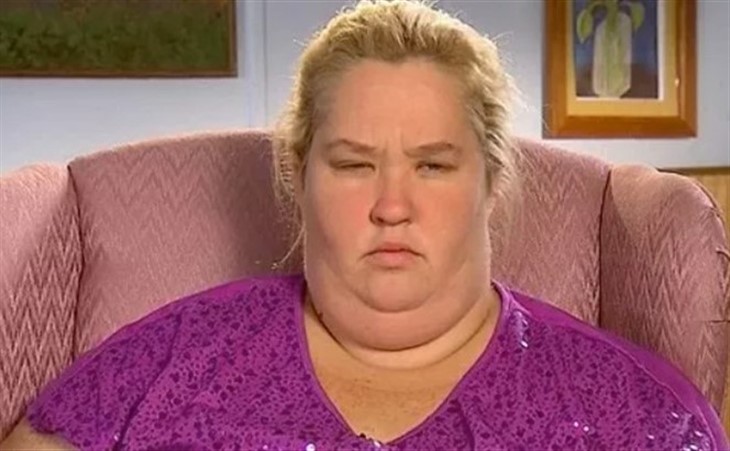 Mama June Road To Redemption updates arrived and unfortunately, it’s not good news as a star of the WEtv show had been hospitalized. For once, it doesn’t seem to be related to plastic surgery and enhancements. Additionally, it’s not about Pumpkin (Lauryn Efird) and her kids. So, what’s up, and is the reality TV star okay?

Wetv fans know that June has been in hospital before when she underwent her weight loss surgery. Additionally, one of her daughters went under the knife, and Honey Boo and her boyfriend Dralin will also have a procedure done. Actually, there’s so much weight loss and overalls of bodies in the cast, that some fans wonder if a new spinoff will come along. Sugar Bear got a makeover, and Justin Stroud got new teeth.

Perhaps if Geno Doak was still around, he would also get some procedures done. However, Mama June fans know that they split, and she moved on with Justin Stroud. Now that they tied the knot, she often shouts him out on TikTok. Actually, he reciprocates and they seem happy. However, it’s not clear that Pumpkin and  Honey Boo Boo approve of the marriage. Now that June Shannon is in hospital, neither of them commented about it.

What Is Wrong With Mama June Shannon?

Recently, fans noticed that June speaks really fast and sounds garbled. That was noticed when she started sharing reviews on various cookies. Some of them ascribe it to her taking drugs again. Meanwhile, others noticed that she doesn’t look well. However, there might be another reason for that. According to a report by TMZ, a doctor sent her to a hospital as there’s something wrong with the WEtv star.

Apparently, Mama June is not under treatment for anything, but doctors try and establish what’s wrong with her. Apparently, Justin is around for her, and it must have happened within the last few days. That is because three days ago, she was still busy on TikTok sharing about sweet treats. June told the outlet that she suffered from “having severe headaches and dizziness.”

Mama June fans heard that the doctor took her complaints seriously. So, she was admitted to investigating the cause of her symptoms. Apparently, a barrage of scans and tests have yet to reveal what is wrong with her. Doctors don’t usually admit people for so many tests unless they suspect something is seriously wrong with them. Hopefully, if there is a problem, they find out what it is soon, so she can begin treatment. Notably, it is not drug-related.