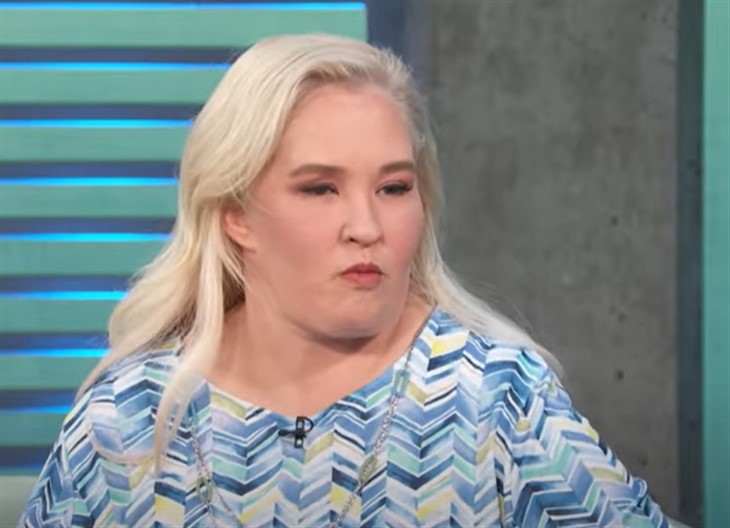 Last October 2021, Mama June unveiled her new boyfriend as she shared a video of Justin on social media showing his new tattoo. The couple was previously photographed having a great time in the woods and eating ice cream in Los Angeles as they showed their affection towards each other.

However, their relationship was tested when Justin ended up in handcuffs when he was caught at a gas station after attending a party in Boca Raton, Florida last February 2022. As documented by The Sun, he was liable for a warrant of arrest after admitting his use of drugs while in rehab and failing to cooperate with his Alabama probation officer in October 2021.

It seemed like the couple have conquered all their trials as they recently tied a knot after five months of dating. In her recent post on social media, Mama June wrote a lengthy tribute to her husband, Justin Stroud, showing him gratitude for coming into her life. She expressed her excitement for the two of them doing things together in the upcoming days.

June ended her post, saying: “I can’t wait to see what amazing things life has in store for us TOGETHER.” Despite the loving words she wrote, her followers were not delighted with the idea and called her out for being an irresponsible mom. One fan commented, “You need help. Get away from addicts. Your children should be first always.” Another one chimed in, “Girl, you just lost custody of your kid and this is what you’re posting.”

In other news, People confirmed that Mama June no longer has custody of her daughter, Honey Boo Boo. According to Georgia court, a Wilkinson County judge gave the full custody of Alana to Lauryn Efird. The documents include Mama June paying $800 per month in child support for the next two years until Alana Thompson reached 18 years old.

Despite losing custody, June Shannon is still allowed to communicate with her youngest daughter via phone call, however, the visitation rights are up to Lauryn. It was also stated that the judge determined that Mama June’s monthly income was $1,015.00 per month since the show hasn’t been renewed on the day of the filing.

GH Spoilers: Esme Plots To Become The Mistress Of The Castle!