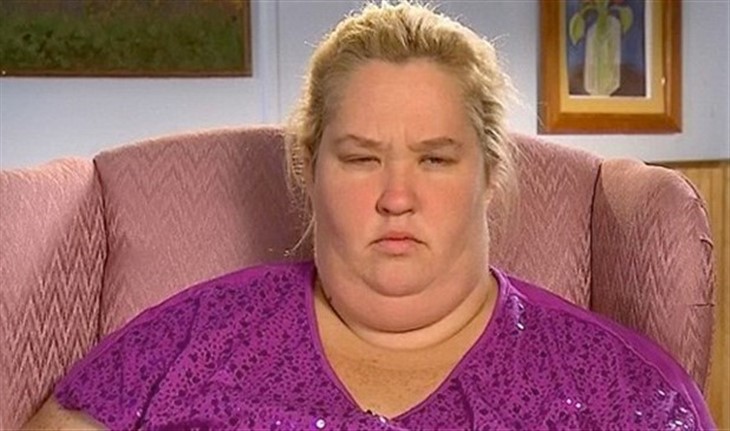 Mama June Shannon has been doing a lot of shoutouts for businesses on social media. Over on TikTok, they come out in a fairly steady streak. Additionally, she posts the videos on Instagram. However, fans saw that there seems to be something wrong with her. Some WEtv fans become so alarmed, they suggest she should see a doctor straight away. So, what’s going on? Read on to find out.,

Mama June – Was Sent To The Hospital

In September, those who follow the WEtv show and the cast became concerned because June Shannon ended up in a hospital. Feeling unwell, she saw a doctor and the next thing she was admitted. However, it wasn’t clear what was wrong. Allegedly, they were carrying out tests to try and establish what the problem might be. Since then, nothing more emerged about the illness. Actually, some people think she might have just gone back to doing drugs.

Fans suspect that Mama June is rocking and rolling during her videos because she talks at hyper-speed. Some folks accuse her of slurring as well, and they fear that she fails with her sobriety. However, when people saw her last few Tiktok posts, they began to suspect she is actually unwell. In one particular post, where she advertised new lashes, people started talking about ill health.

On Friday, the WEtv star took to her social media to promote a product as she has been doing all week. This time, fans who noticed her red face grew alarmed. The photos below are screenshots from three different videos. Notably, each one reveals a reddish-pink rash across her nose and on her cheeks. While some people, think she might be flushed from taking drugs, others were less condemning and more concerned.

One follower said to Mama June on Instagram, “Do you have lupus? Why is your face red all the time ?” And that fan was not the only one to talk about Lupus.

Another person, back in the earlier comments said, “You should be checked for Lupus. That redness in your face looks like the telltale ‘butterfly rash.”

However, another follower wondered if she has “rosacea” and suggested that she “see a dermatologist.”

According to Web MD, “A tell-tale sign of lupus is a butterfly-shaped rash across the cheeks and bridge of the nose.” So, perhaps that lies at bottom of her not feeling well.

Meanwhile, Rosacea is a “common skin condition that causes blushing or flushing and visible blood vessels in your face,” according to The Mayo Clinic. Often, it occurs in middle-aged women, and it might flare up every now and then and then disappear again. Hopefully, June gets it checked out just in case it is something worse.