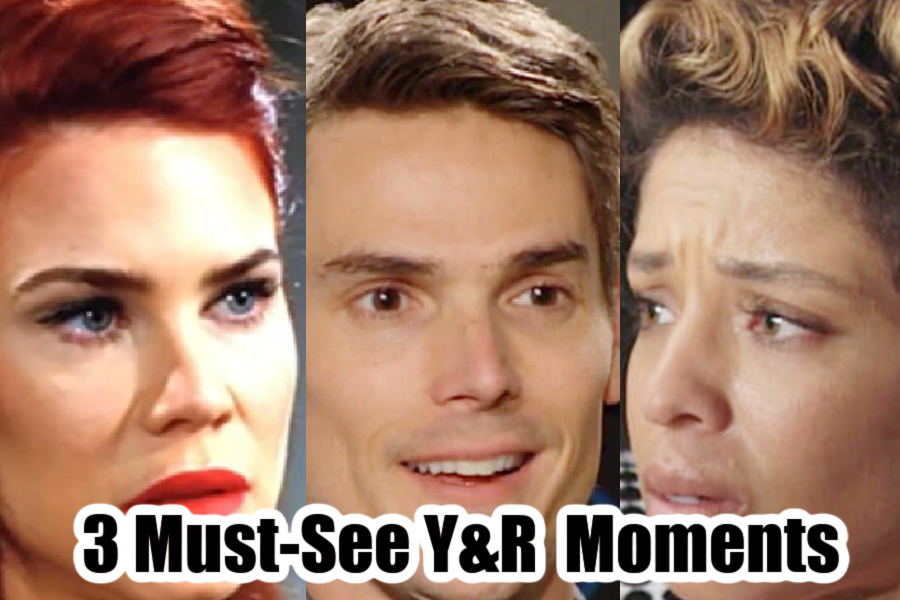 The Young and the Restless (Y&R) spoilers for the week of November 28 reveal there are three must-see moments. Expect Sally Spectra (Courtney Hope) to give into temptation by kissing Adam Newman (Mark Grossman). Elena Dawson (Brytni Sarpy) is accused of being disloyal. Meanwhile, Victor Newman (Eric Braeden) is determined to eliminate Sally by digging into her past. What will Victor find and what does it mean for Sally’s future in Genoa City?

The Young And The Restless Spoilers – Sally Spectra’s Frustration

Y&R spoilers for the week of November 28 reveal that one must-see moment centers on Sally. Right now, Sally is trying to move on with Nick Newman (Joshua Morrow). However, Adam hasn’t given up and made a drunken marriage proposal to Sally.

During the week of November 28, Sally and Adam will cross paths again. This time, Sally is frustrated with Adam’s drunken proposal, her confusion about Nick as well as her stalled job search. So, when Adam asks how Sally is doing, she will unleash her true feelings.

When Sally blurts out how she feels, Adam will tell her that is why they should be together. Of course, Sally is still really confused. Even though Sally really likes Nick, she can’t help but feel love for Adam. So, when Adam and Sally are alone in a hotel room, they kiss. Will this lead to more and what will Sally tell Nick?

The Young And The Restless Spoilers – Victor Newman’s Investigation

The Young and the Restless spoilers for the week of November 28 reveal that another must-see moment centers on Victor. Sally will once again be an issue for the Newman family. Of course, Victor should stay out of his children’s lives. Victor has always been unable to do that, though. So, Victor will investigate Sally’s past in an attempt to get her out of Adam and Nick’s lives.

Elena and Nate Hastings (Sean Dominic) are back together. However, don’t expect the relationship to be smooth. This time, Nate questions Elena’s loyalty. It sounds like Nate will think that Elena is cheating on him. However, it is more likely that Devon Hamilton (Bryton James) confides in Elena.

Perhaps Nate will see Elena hugging Devon. It would be easy for Nate to think that it was a romantic embrace. However, it is probably just Elena consoling Devon as he copes with losing Amanda Sinclair (Mishael Morgan) and sleeping with a married Abby Newman-Abbott-Chancellor (Melissa Ordway).

Which one of these must-see moments are you excited about? Share your thoughts and remember to keep watching the soap on CBS.