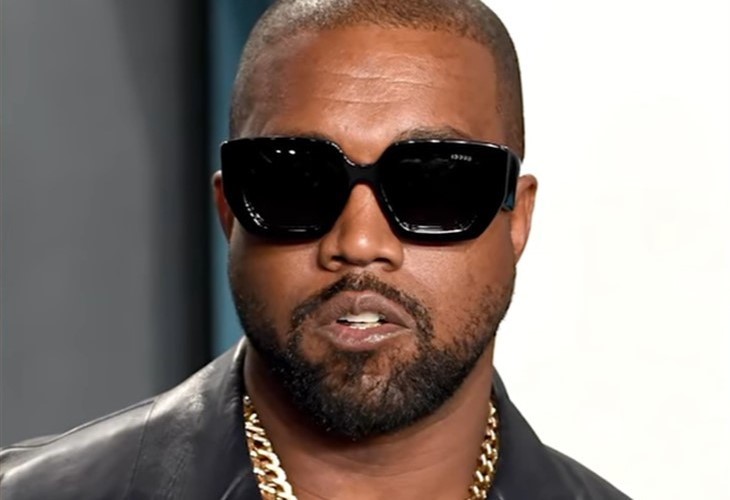 Kanye “Ye” West told his ex wife Kim Kardashian the he’s “going away to get help”. He also promised to stop harassing her and cyber-bullying her boyfriend, Pete Davidson.

A source revealed that for the sake of their kids, Kanye told Kim on April 1 that he will not be making any public appearances or inflammatory social media statements, adding that he will go away somewhere to get better. At this point, it is unknown if Kanye is seeking help at a treatment facility or elsewhere.

A rep of Kanye told ET that Kanye is committed to a healthy co-parenting relationship with Kim and is now focused on raising their children.

On Jan. 15, the day of his daughter Chicago’s birthday party, Kanye accused Kim of withholding visitations with their four children from him, he said in a now deleted video, “I’m just wishing my daughter a public happy birthday, I wasn’t allowed to know where her party was.”

On Feb. 4, Kanye West uploaded a screenshot of a video of his daughter North with the caption, “Since this is my first divorce I need to know what I should do about my daughter being put on [TikTok] against my will?.” On February 6, he claimed that Kim said that she thinks that he has put “a hit out on her.” Three days later, Kanye posted a photo with Kim and their children with the caption, “GOD PLEASE BRING OUR FAMILY BACK TOGETHER.”

Kanye West took to his social media to target Kim’s current Boyfriend Pete Davidson, referring to him as “Skete” and reposting a rumor that Pete pushed the late rapper Mac Miller, into suicide by texting Miller intimate details of his relationship with Ariana Grande, Miller’s ex. He even went as far as releasing a song with The Game in January where he said that God saved him from “that crash [referring to the car accident he survived in 2002] / Just so I can beat Pete Davidson’s ass.” he urged his fans not to get physical with Pete as he would “handle the situation myself.” The following day, he uploaded a screenshot of a text allegedly from Kim where she told him that he is “creating a dangerous and scary environment” that could lead to Davidson being harmed. Kim already deleted all his past Instagram posts and posted an apology saying he takes “accountability” for his actions, but the damage has already been done.

Kanye was suspended from posting on Instagram for 24 hours following a series of posts that Meta, the parent company of Instagram, considered a violation of its policies on hate speech, harassment and bullying. Kanye’s Meta-imposed Instagram break came after his attacks on Kim and her boyfriend, Pete Davidson, D.L. Hughley and a racial slur-filled rant against The Daily Show’s Trevor Noah.

Kanye’s other posts includes voicing his frustrations over how his children are being raised and his claims that Kim is controlling when he gets to see them. There’s also Kanye’s music video for his song, “Eazy,” which showed him kidnapping and burying a claymation figure that resembled Pete Davidson, Kim’s boyfriend.

Kanye’s rep revealed to ET that they received a call and were told that Kanye was barred from performing at the Oscars due to his “concerning online behavior.” Kanye, was nominated for five GRAMMY.

Be sure to catch up on everything happening with Kanye West right now. Come back here often for all the Kanye West’s spoilers, news, and updates.