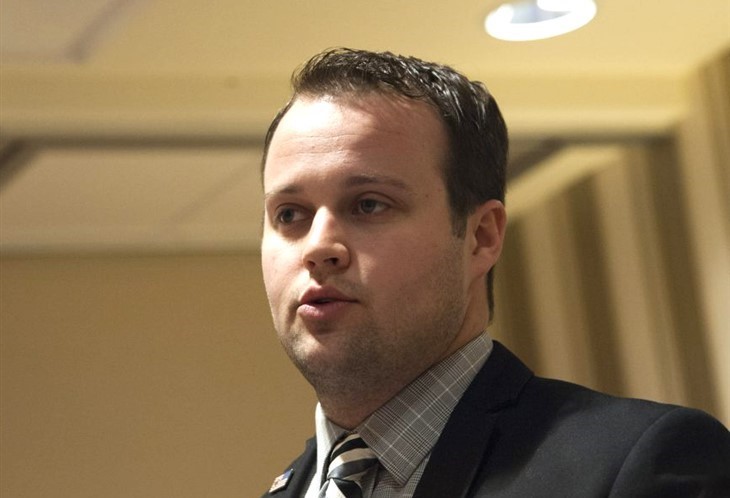 Josh Duggar has gotten caught in a series of scandals, from accusations of molesting underage girls including his sisters to allegations of child pornography landing him in jail. As a result, the embattled “19 Kids And Counting” alum’s wife, Anna Duggar, often gets portrayed as a pitiful woman who keeps standing by her man. But now an insider has painted a very different image of Anna.

Could Josh’s wife actually annoy those close to her with her alleged “mean girl” antics? Find out the answer. And discover why some think that Anna feels resentful as well. Catch up with the latest news about Anna Duggar below.

Josh’s wife rules as the ultimate “mean girl,” claims that source. For instance, Anna recently went to a wedding. And she reportedly got so cruel in mocking the bride’s dress that the pastor’s wife scolded Anna. Ultimately, summed up the insider, Anna tends to act like a “bi**h.” And the source added, “I’m so sorry to say that, but I don’t like that girl at all!”

In response, Duggar commentators noted that Anna does seem to possess a not-so-hidden snarky side. “I can imagine her throwing shade at someone else’s wedding dress for looking better than her own,” pointed out one critic. And another chimed in, “She probably views others as beneath her.”

But some feel that Josh’s wife Anna Duggar may have turned to acting out and behaving cruelly because of her own resentment. For instance, one Duggar family follower theorized that Anna’s parents “probably told her she was special enough to be marrying a Duggar (who are not only famous, but also financially stable).” As a result, Anna may have felt that she had achieved her goals by marrying Josh.

But then came the scandals. “And now she’s married to an awful person living in a shed,” summed up the fan. In addition, Anna must rely on Josh’s father Jim Bob Duggar to support her and the seven kids she shares with Josh. And the theories don’t end there.

Anna’s parents also may have urged her to exploit her “Counting On” fame to help them financially. But in the wake of TLC cancelling the show due to Josh’s scandals, Anna’s family can no longer expect help from her. As a result, Anna may feel that she disappointed her parents while resenting the situation in which she finds herself. And that could lead to those alleged “mean girl” comments.

Tell us what you think. Do you believe the allegations that Anna Duggar possesses a “mean girl” side? And after you’ve shared your views, check back on our site for more celebrity gossip and reality TV news!